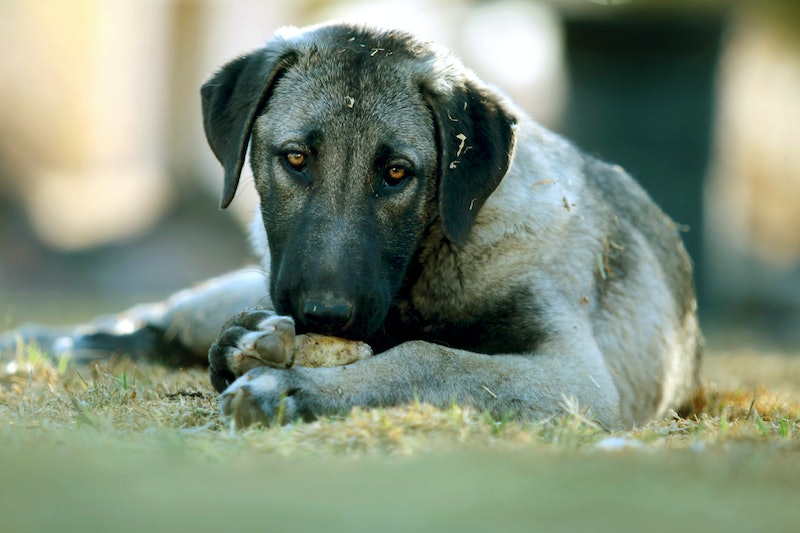 Do you love animals but can't afford to donate to the ASPCA every month? If so, you're in luck — with the hashtag #DOGforDOGpaws, you can save some puppies with just three things: a camera phone, an Instagram account, and a dog. Yes, it really is that easy, thanks to pet company Dog for Dog's business model. Just like a little shoe company known as TOMS (maybe you've heard of it), Dog for Dog donates food to animal shelters every time a product is sold. As if that weren't great enough, they decided to take it a little further this week by allowing Instagrammers across the globe to get in on the action. Taking a cue from TOMS' #WithoutShoes campaign, Dog for Dog has promised to donate one bowl of dog food for each Instagram post featuring a dog's paw and the hashtag #DOGforDOGpaws, according to Bark Post. As you can imagine, the idea took off pretty much immediately, trending on Facebook not long after the company announced its campaign. In fact, at the time this article was written, there were more than 15,000 posts on Instagram with the hashtag. Is this the cutest and easiest way to donate to animals in need the world has ever seen? I'll let the results speak for themselves.