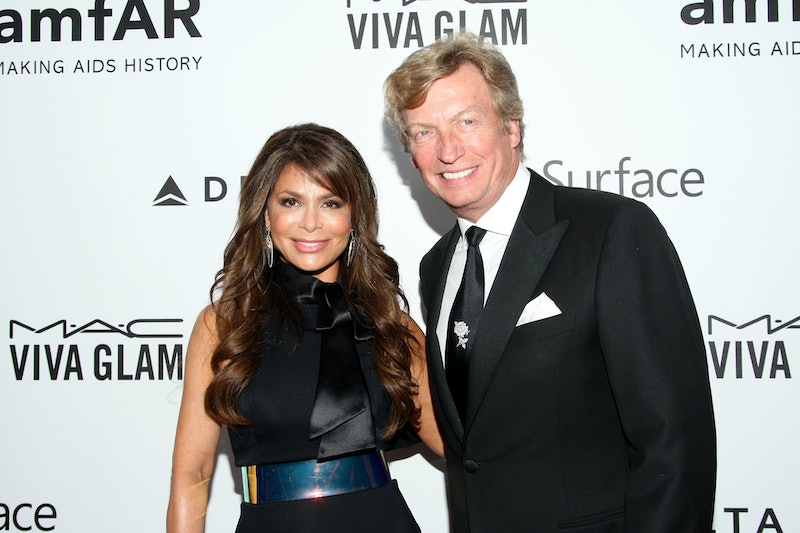 It's that time of the year again to watch a bunch of outrageously-talented dancers bust a move on So You Think You Can Dance — while you just watch with a drink or snack in hand from the couch. Although the Fox show will be missing the conductor of the hot tamale train, Mary Murphy, this year, there are significant reasons you should be excited for new judge Paula Abdul on So You Think You Can Dance. The dance competition show returns for Season 12 on Monday, June 1 at 8 p.m. with Abdul joining perennial judge and show co-creator Nigel Lythgoe and fellow new regular judge Jason Derulo. While Abdul is a somewhat controversial choice to join the judges panel because of her antics during her American Idol tenure, one truth cannot be denied: Abdul really knows her dance.

Abdul's permanent move to So You Think You Can Dance isn't really shocking based on her résumé, and it makes much more sense for her to be on the dance show than it ever did for her to be on American Idol. Abdul started her career as a Laker Girl and was discovered by the Jackson family, who were Los Angeles Lakers season ticket holders. She started choreographing music videos and movies, and then jumped into the music industry herself.

Later came her TV judging phase. She was on the Lythgoe-produced American Idol . She was a judge on Simon Cowell's The X Factor. Even Live To Dance, a CBS dance-competition show, had Abdul at the helm — although it was canceled after one season in 2011. She's been a guest judge on So You Think Can Dance before, as well as a regular judge on So You Think Can Dance Australia. And Abdul has participated in Lythgoe's "Celebration of Dance" galas for his Dizzy Feet Foundation. So, not only is Abdul seriously familiar with the judge's seat, bust she should also have a good dynamic with fellow judge Nigel Lythgoe considering they go way back.

But, the real reason SYTYCD fans should be pumped for Abdul is because of how she moves. Abdul's dancing and choreography show that she really has the goods to back up her critiques of the young aspiring dancers. Here are seven dance moments courtesy of Abdul that give me faith in her ability to be a judge on So You Think You Can Dance.

Abdul channeled one of the best dancers of all film industry — Gene Kelly — by dancing with an animated creature in her music video for "Opposites Attract." (Kelly danced with Jerry the Mouse back in the movie Anchors Aweigh.) The song with the Wild Pair, from her album Forever Your Girl, may be extremely hokey, but no one can deny Abdul's dance talent — especially when she does a tap dance with MC Skat Kat. (Fun writer fact: I brought the cassette tape of this song into my Pre-K class when we learned about the meaning of the word "opposite.")

At the time of Janet Jackson's "When I Think of You," Abdul was just that Laker Girl-turned choreographer. With the intricacy of movie musical choreography in this video, it's no wonder Abdul told Rolling Stone it was a huge accomplishment of her career as a choreographer. Now if only us So You Think You Can Dance fans could join together in a movement to get Janet Jackson to come on and judge too...

The music video for "Cold Hearted" (another song from Forever Your Girl) is dedicated exclusively to dance. When the studio executives come to check Abdul's rehearsal for her music video, she knocks them out with a heavy and sweaty dance with choreography inspired by Bob Fosse — and a sweet ass hat.

Another collaboration with Jackson, Abdul told Rolling Stone she choreographed this dance in a half hour in her bathroom with a mirror that only showed her from the waist up. "I'm very grateful, because this was really the big start to my career," Abdul told Rolling Stone about the 1986 music video. "You don't hear 'Nasty' and go, 'Oh, this is a dance jam.' It was a very different kind of song ... I wanted to create something that would be signature moves but also define [Jackson] as being in charge." Abdul even has a cameo at minute 2:44 in the video.

This song is a slow jam and so her music video focused more on a story than her typical electric dance moves. But, she managed to fit in some solo, sexy fabric dancing (I say that with no snark intended) and she also had some great chemistry with a young Keanu Reeves. Chemistry is a major component to making a dance believable on So You Think You Can dance, and she clearly knows all about that.

If all of this late '80s-early '90s nostalgia wasn't enough, Abdul is also credited for choreographing the keyboard scene in Big. Although I'm sure this choreography wasn't that challenging for her to come up with, it's one of the most epic movie scenes of all-time. And that's not all — she also choreographed for the movies Coming to America, Jerry Maguire, and American Beauty (the cheerleading scenes, of course).

"Straight Up" is yet again a song from Abdul's Forever Your Girl album, but, before you accuse me of favoritism, I challenge anyone to tell me this isn't one of the greatest pop records of all time. I had choreographed my own dance to this song in my head around that Pre-K era... and I'm also slightly realizing my interest with Abdul at a very young age has probably made me a bit too obsessed with her dance moves. But, hey! Check out that tap intro. She knew how to move better than pretty much all other pop stars ever. (Yes, Beyonce fans. I did just say that.)

Abdul is used to surrounding herself with the highest caliber of dancers, so she'll fit right into So You Think You Can Dance — as long as she keeps her commentary as on point as her dance moves.