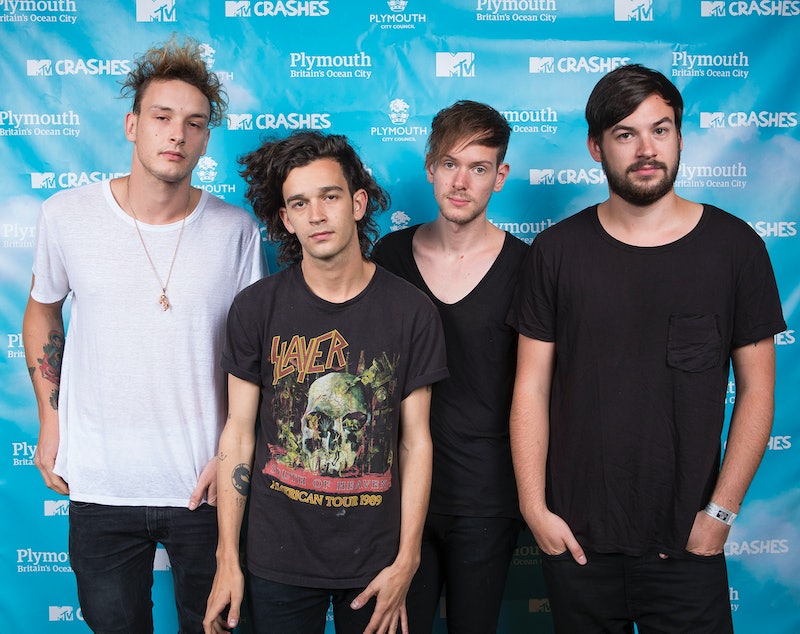 The 1975 may be famous for a song called "Settle Down," but right now, the band has Twitter freaking out. It's just a regular Sunday and, with no context or words, the English rockers tweeted an image. But it wasn't just any pic — this illustrated comic could be suggesting that The 1975 is breaking up. Whoa, right? What a way to break the news. But it's not entirely clear if the band could be merely taking a break to pursue other projects or if this is for good. I feel like this comic needs some kind of decoder ring, so we can all get some answers.

The image depicts totally retro comic book panes of people reacting to the band's (alleged?) breakup along with typewriter text that could be a message to fans that The 1975 is no more. The text rambles a bit, talking about "selfie-awareness" and this being "the era of reflection," but then the words get down to business. "The hardest part of any relationship is saying 'Goodbye,'" the image text says. "As much as we might like things to stay the same, change is an inevitable part of life. We can't simply go on forever — always staying the same, never evolving. So we must leave, we a parting 'We love you' — we are already gone."

Whoa, talk about some lyrical news. Could this be about a breakup — or a new album? Last year, The 1975 tole Billboard that they had plans to release another album in September of this year. Previously, the band released their debut album in 2013, which featured hits like "Settle Down," "Girls," and "Chocolate." They've captured the hearts and ears of millions of fans and their song "Menswear" is my text message ringtone.

But as you can imagine, fans are not happy about this news — puzzled and devastated is more like it.

As the lyrics of "Settle Down" say, "For crying out loud, settle down"...until we get real confirmation.