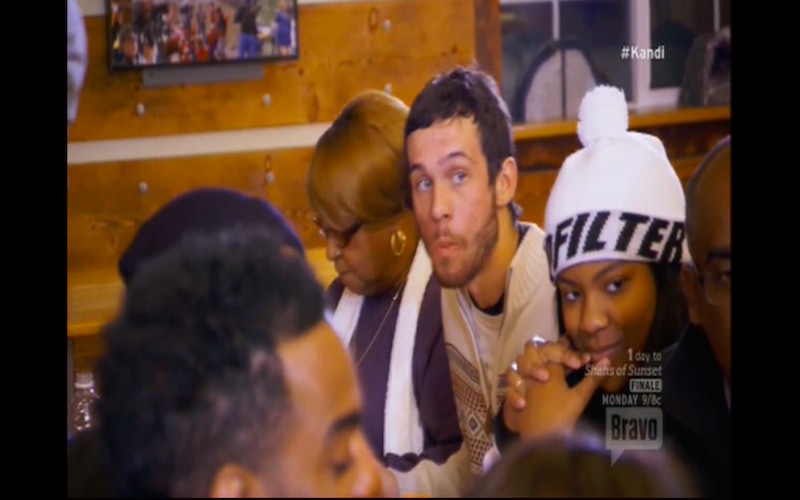 With all of the intensity coursing through Kandi's Ski Trip, the trademark hilarity expected of a Real Housewives of Atlanta episode was missing. But the only person acting like a reality show star is Matthew, Todd's assistant, whose particular brand of ultra-white whiteness horrifies and deeply unsettles the Tucker-Burruss clan like nothing else. They may be able to get past incompetence, yelling, or getting paid months after they were promised a check, but Matthew's gee-golly-wilikers demeanor makes him seem like he just walked out of a cartoon, and they despise him for it.

From everything we've seen on the show, Matthew would be a great addition to The Real Housewives of Atlanta . He distracted the Old Lady Gang all day while they weren't in the mood to ski, taking them shopping while Kandi's subordinates chose to hit the slopes instead. He carries around enough stuff that everyone mocked him for having a "bag of tricks." And he's so non-controversial that he was nicknamed "Forrest Gump."

And like a fictional character, Matthew doesn't seem to exist outside of the world of the show. I guess he'd be a pretty crappy assistant if he was blowing up on social media. But no, not even his last name is readily available online. He's managed to keep a very low profile, even though his Instagram is like an extension of his appearance on the show. He's desperately devoted to Todd, TTucker Productions, and his job.

He bought a bunch of fresh (!) berries (!!!) and added the hashtag "I love my job!" I think the OLG summed it up well: "Matthew is really sweet... but he can really get on your nerves." 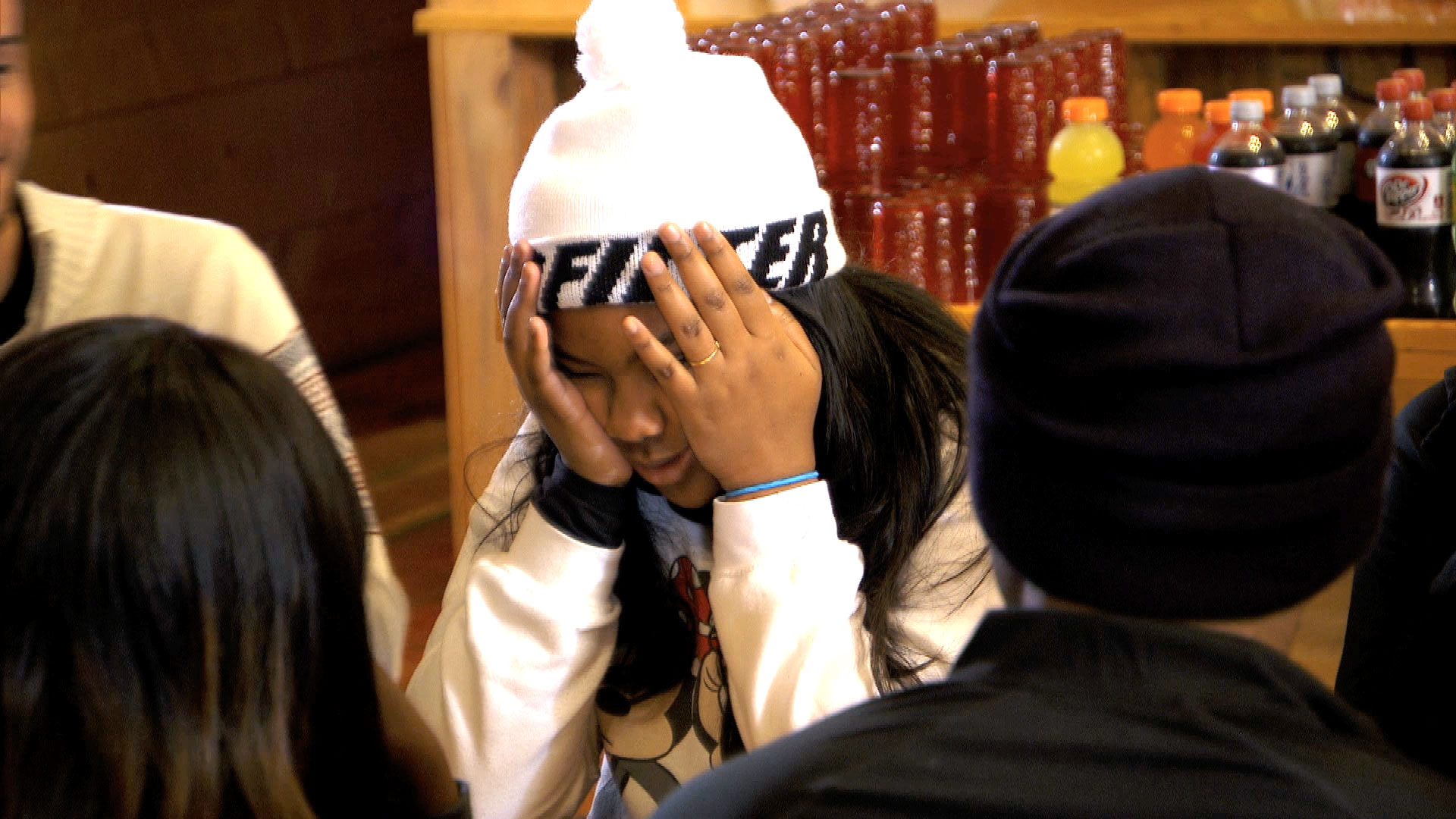 And I don't see any problem with that, especially since DonJuan and Carmon should be watching their backs in the offseason... I know that they're Kandi's friends, but they've proven that they can be basically worthless as assistants. Even Kandi got passionate about this. She even blew up at her closest friend, Carmon, about how she needed to get it together if she wanted to defend herself as a good assistant. 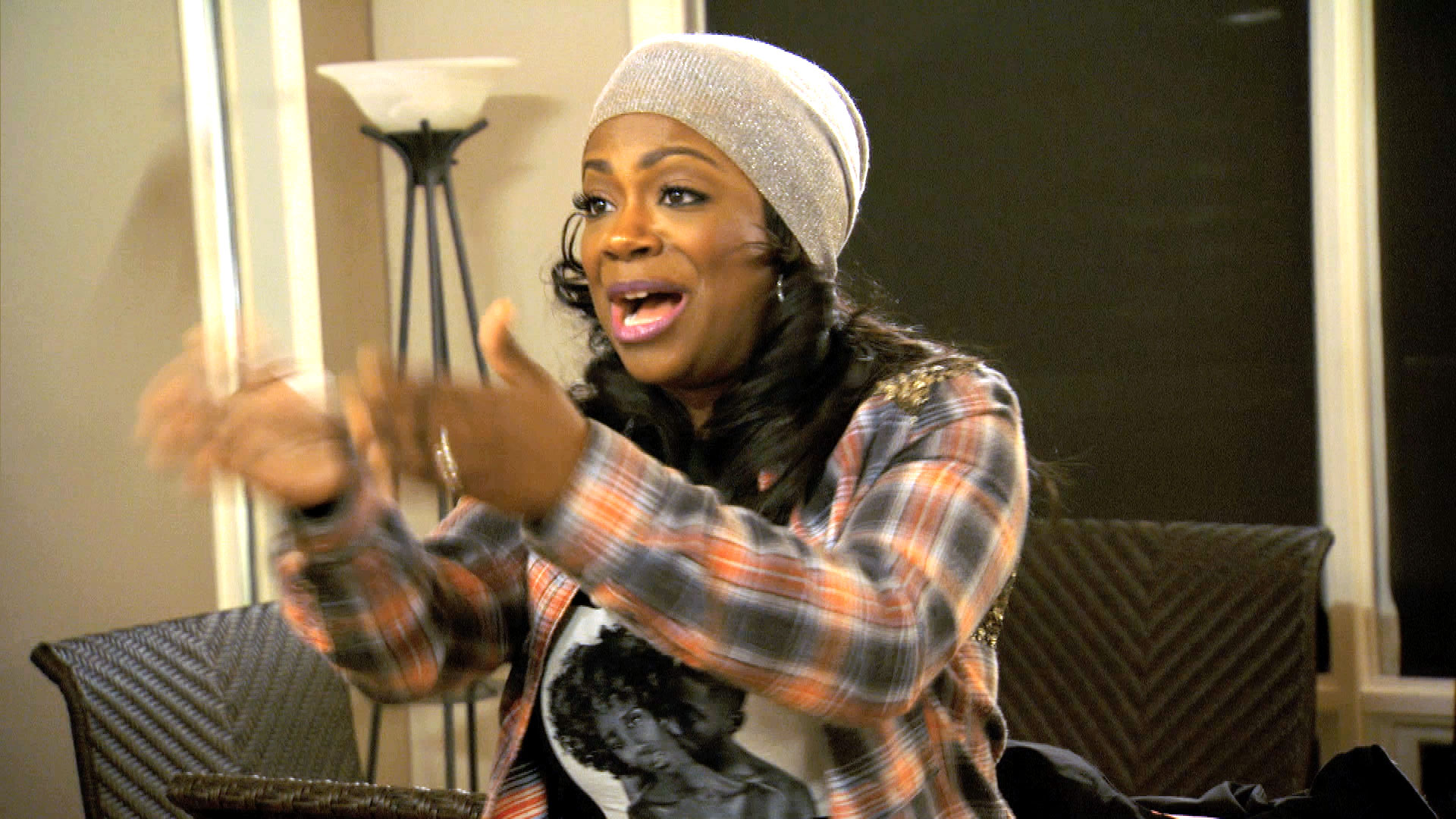 The rest of the show seems like it will be about Mama Joyce's accusations that Carmon and Todd had an affair. But for now, what's getting me through Kandi's Ski Trip is Matthew — because even though he's a white boy, he's best capturing the Real Housewives of Atlanta spirit.