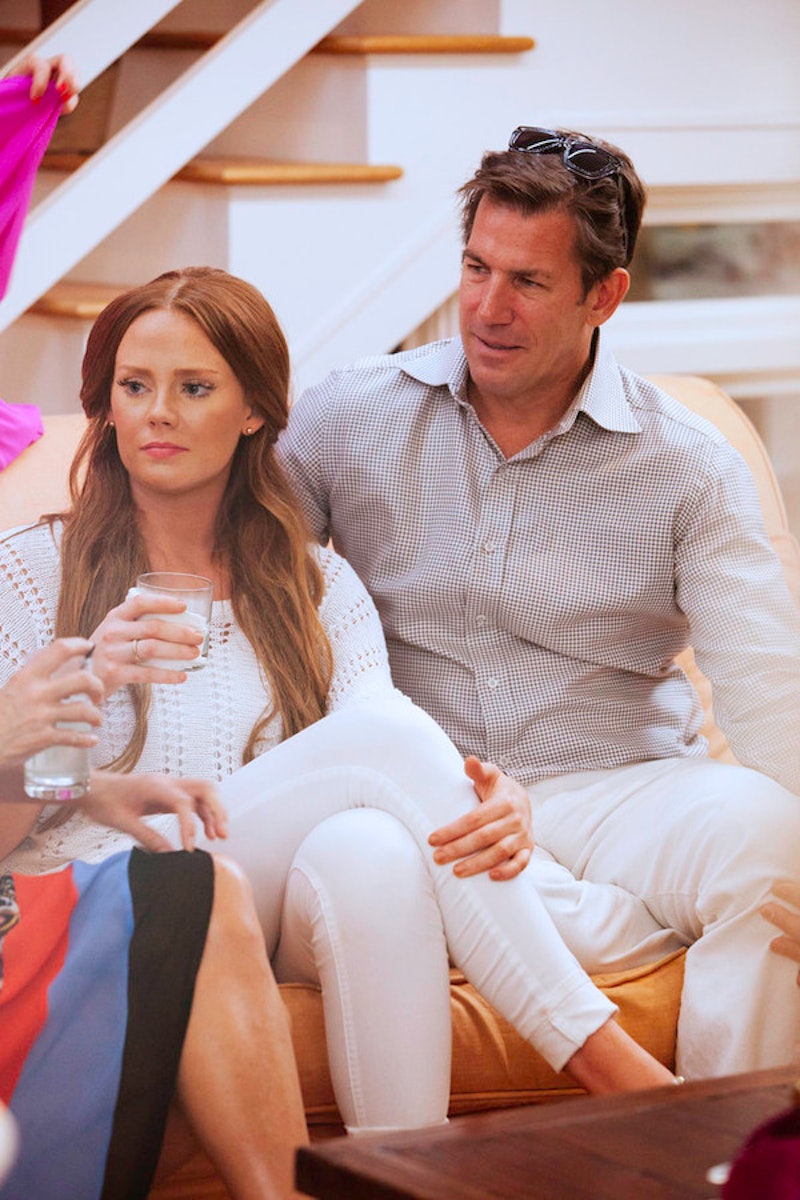 I've never been able to decide if I love or hate the relationship between Kathryn Dennis and Thomas Ravenel on Southern Charm . On one hand, the drama between them is so entertaining to watch, but realizing the implications of this drama on their actual, real lives is pretty painful. Although something amazing came out of their union — aka Kensington, one of the most beautiful babies I've ever seen — few other good things did. But being that Kathryn was so young when they first started dating, if nothing else, this relationship has taught her a lot of important lessons she can take with her in the future. Thanks to this one tumultuous failed relationship, Kathryn Dennis learned a lot about love that will be invaluable to her in making her next relationship stick.

Not that I blame her for getting swept up in Thomas. He's a wealthy, powerful man in her community, and he gave her attention, despite the fact that she was so young. I can imagine being the buzz of Charleston was pretty intoxicating for Kathryn, since she loves being the center of attention. But, it's probably better to learn from her mistakes than to make them ourselves, don't you think?

Kathryn definitely learned these lessons in love and relationships from Thomas, so if nothing else, he gave her that — and, you know, probably plenty of really nice presents. Oh, to be rich.

I can't blame Kathryn for wanting to find out if the hype behind Thomas was real. Of course, his reputation preceded him in Charleston, and he was known for being a player (among other things). Sometimes, rumors are just rumors, but in this case, hearing that Thomas was bad news and believing it probably could have saved her some time and heartache.

Because they will make commercials dancing inappropriately with your friends. Just saying.

Don't Keep A Relationship Together For Kids

Kathryn's definitely learned that Kensie will be better off with two separated, happy parents than ones who are together but argue constantly. They've both made their mistakes, but it's obvious that Kathryn and T-Rav both love Kensie and are willing to put her first.

If I was Kathryn, I would have gone running the second Thomas announced he was holding a party to share the lessons he'd learned in life with the rest of the town. I realize that was last season, but I still can't let go. It was that ridiculous.

Thomas has all the cash in the world, and it's clear to see that he spends plenty of his time being miserable. Dating someone wealthy doesn't mean you'll have a happy relationship, although you will have a lot of expensive, delicious meals.