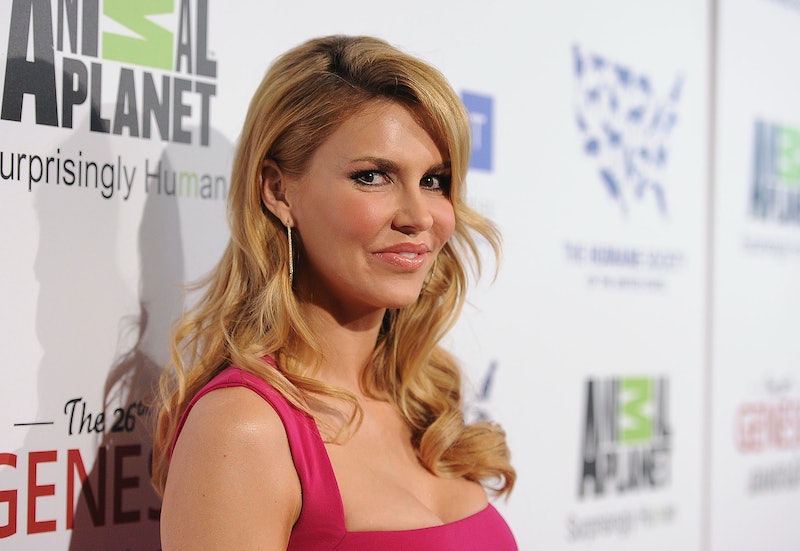 If not for Brandi Glanville's poetry during Monday night's episode of the Real Housewives of Beverly Hills , it might have been the most boring hour of my entire life. When the biggest drama is that someone killed an insect, you know the show is in deep trouble. But thank god for Brandi, who's a continual bright spot on the show. When she's not drinking and tweeting, she's writing poetry, or should I say, "poetry," and the world is a better place for it.

But Brandi's not the only wordsmith the reality TV gods has given us this year. Our first compelling rhapsodist was featured on Desiree Hartsock's season of the Bachelorette. Remember Chris Siegfried? Before he wound up winning the whole damn show in what was easily the most confusing finale in Bachelor/Bachelorette history, he was wooing the nation with his emotional, mind-bending poetry. If I believed in time travel and/or reincarnation, I would have for sure thought he was a regular old Bill Shakespeare.

I hope the kind souls over at the Nobel Prize campground are paying attention because holy shit, Brandi and Chris are amazing. Their rhymes are awesome, they don't eat possum; mad poetry trails they be blazing.

How do we know who's best, though? A poetry-off, of course. Move over Byron and Keats; Glanville and Siegfried know what's up. First, we shall compare two brief works from both Christopher and Brandi.

When Chris is overcome with feelings, his staccato phrasing conveys his punctuated emotions. From his poem "Smile":

You Smile, I look, You notice, It’s great!

I smile, You look, Connection, We’ve made!

When Brandi looks to express her avalanche of despair and frustration, she takes a very cohesive and direct approach in her poetry:

It's when Chris and Brandi go deeper, however, that their true talent is displayed.

To sit and listen can be quite calming,Although the noises sometimes alarming. You look around and see different faces, Their minds run rampant, each has their twitches.

The license he takes with the rhyming of "faces" and "twitches" is admirable... but anything Chris can do, Brandi can do better:

My mom is pretty but she's kind of shitty.She acts real nice, but then you think twice.She doesn't really call, I mean, never, at all.Reach out and touch someone she doesn't know how.She needs to get in touch with Alexander Graham Bell.

Can I get a slow clap for rhyming "how" and "Bell?" Almost makes you want to vomit, in the best way possible.

It's clear that Brandi is the winner in this poetry-slam. Hat tip of the black beret to her and tons of soft-toned snaps, as well. Please, Bravo, let us hear more from her. It would be great, and hooks it'd bait, for when Brandi's poems are on air, everything in life seems more bear... able.