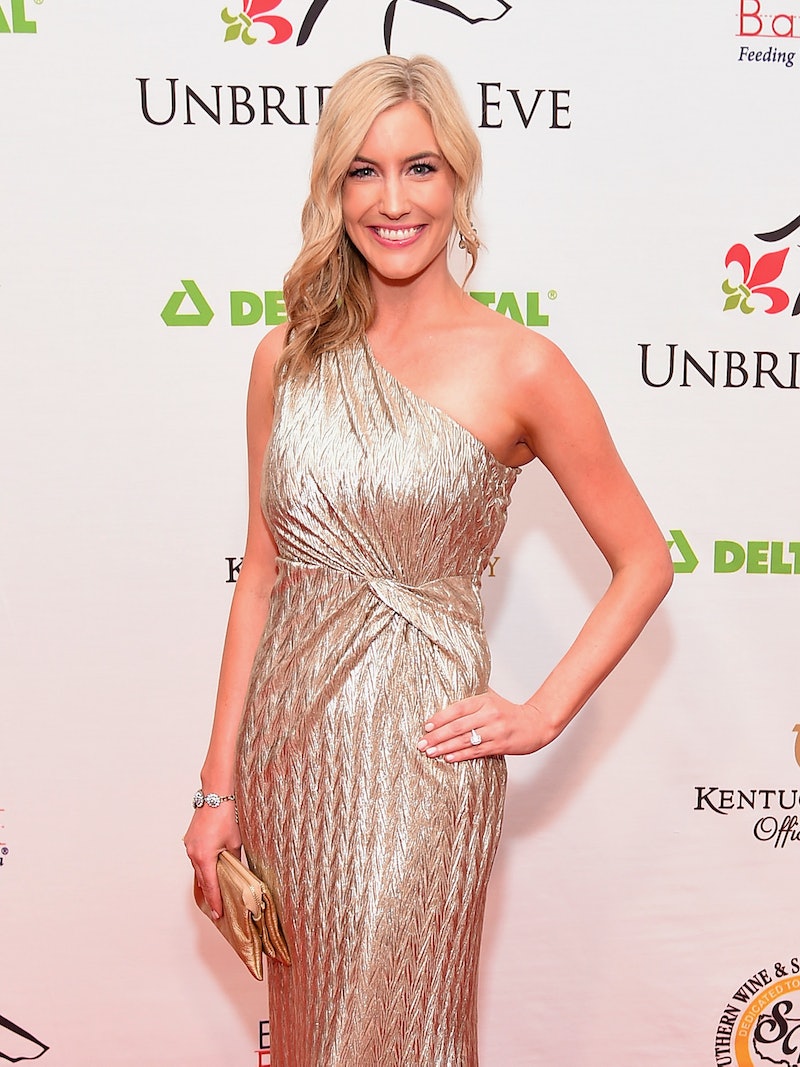 It's been days since the news first broke, but I'm still not over the fact that Whitney Bischoff and Chris Soules ended their engagement. It's not like it's unheard of for a Bachelor romance to end abruptly — after all, it happens more often than not. But after following their love story last season, it's heartbreaking to know they'll never make it to the altar. Not only did Chris and Whitney seem perfect for each other, but Whitney is such an amazing, sweet person. She deserved to get her happy ending, and it was obvious that she loved Chris so much. This crazy publicized relationship not working out has to be really difficult for her, which is all the more reason that she needs to find someone even better for her. The obvious solution? Whitney should be the next Bachelorette .

This might be a stretch, since ABC usually picks the fan favorite from the previous season of The Bachelor— or, in this season's case, the two fan favorites. But next year, they should make an exception for Whitney. She'd make an awesome Bachelorette, and it would be so awesome to see her find love again... as long as it lasts this time. I'm not up for being sad for Whitney all over again.

ABC, please take my word for it: Whitney will be an amazing Bachelorette, so you have to bring her back.

She already knows the format

After going through The Bachelor, Whitney knows what's expected of her and how to play the game — both of which are important qualities that will not only will increase her chances of actually finding the most compatible guy out of the 25 that ABC will give her, but also makes the show fun to watch.

While she was on The Bachelor, she emphasized how ready she was to find love, get married, and have children. She's so ready, in fact, that she's already frozen her eggs so she can plan for the family she hopes to have in the future. Whitney's a woman who's serious about entering the next chapter in her life, and that's essential for Bachelorette success.

Even though Whitney was the "winner," she did end up taking a backseat to the more emotional, outspoken women like Britt, Kelsey, and Ashley I. As the Bachelorette, she'd finally have time to be front and center and not have to live on show's back burner because she chose to handle competing on the show in a quiet, less dramatic way. Will she be the most exciting Bachelorette ever? No. But she'll probably be the most interesting, in that she's a grow up lady who can handle her own crap.

Now that she has to give back her Neil Lane ring, there needs to be some kind of silver lining. I think it's definitely a second crack at love. Come on, ABC. You know what to do!