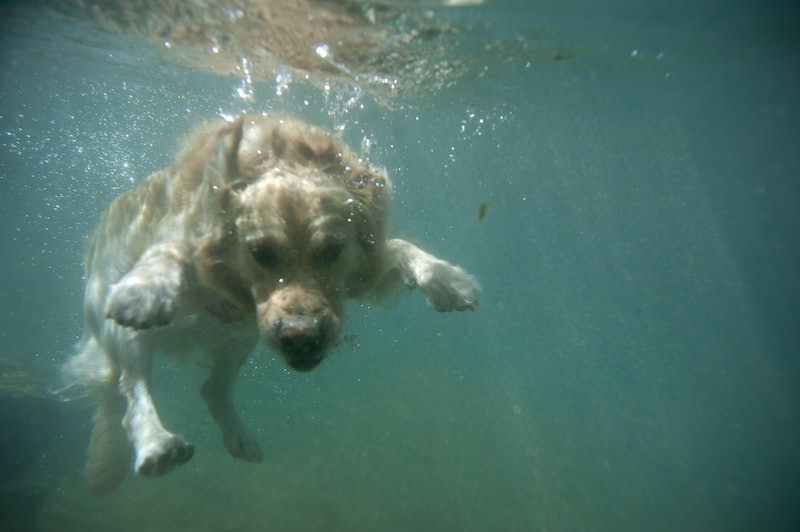 Admit it—sometimes you're jealous of dogs. Although they live relatively short lives compared to ours, they lead pretty fulfilling ones, following all of their whims to dig up dirt or sniff butts or whatever it is they damn please. But very few dogs are lucky enough to lead a life as fulfilling as this terminally ill dog on a cross-country adventure. Poh the dog, "15 years young," was diagnosed a few months ago when owner Neil Rodriquez decided the little guy was going out with a bang. Now you can follow the journey on #pohthedogsbigadventure, chronicling every adorable Instagram-worthy moment that happens along the way.

So far Poh has become one well-traveled pooch. "We are going to go South to North Carolina, Texas, Arizona… All the way up the west coast to Seattle and back. This will be just like pee wee Herman's trip without the bicycle," Rodriquez wrote. Although Poh may not have a lot of time left, he is using every spare moment of it to live it up on sunny beaches, faraway cities, and even famous theme parks. When he isn't mugging for the camera, he's been making a ton of new dog and human friends.

Here are a few of the places Poh has already crossed off his bucket list:

I can attest to this being one of the best fields for dog gallumphing on earth.

A few people have expressed some concern about Poh riding around in his condition, but Poh took to Instagram to lay their fears to rest:

You can follow Poh and the rest of his wild and crazy adventures on his Instagram here. Be sure to give him a shout out if he's in your city! You can never have too many road trip friends.