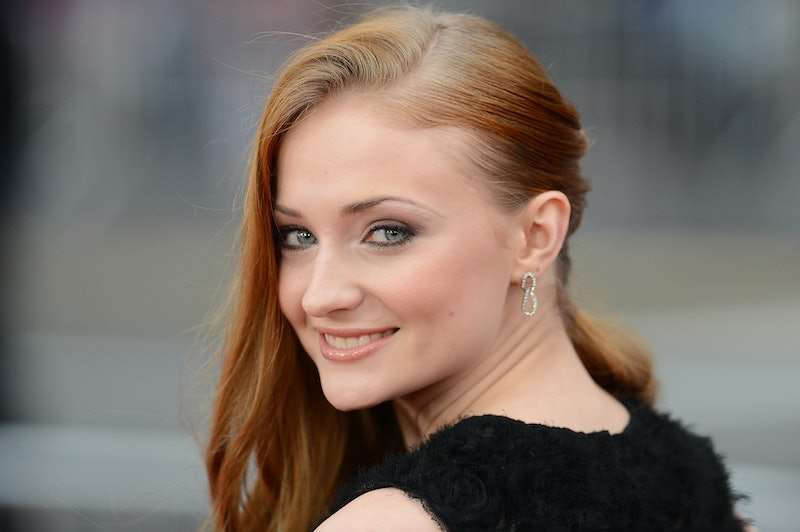 We know the gorgeous 19-year-old by her fiery red hair, her piercing green eyes, and of course, Sophie Turner's role as Sansa Stark on HBO's Game of Thrones . The actress has portrayed the eldest Stark daughter for five seasons in Westeros and beyond, and recently, has been in the spotlight for a hard to stomach sex scene involving her new on-screen husband, Ramsay Bolton. But the roles she takes on aren't always as dark and depressing as they are on her hit show. Most recently, Turner appears in Barely Lethal opposite Pitch Perfect 2's Hailee Steinfeld, where she plays a teenage special ops agent with a penchant for sarcasm and back-stabbing. "My role is more stereotypical. It's what you'd imagine a teenage mean girl to be like," Turner says. "It's like a chick flick teen movie, and it was quite exciting for me to play around with her and make her more comedic. She's over the top."

Barely Lethal surrounds a teenage special ops agent who fakes her own death for the chance at a normal teenage existence. She enrolls in a suburban high school and quickly discovers that surviving life as a teenage girl is just as treacherous, if not more so, than tackling life as a spy.

Turner shows off her comedic side in the film, an aspect of the actress we have yet to see on the gritty and dismal Game of Thrones. "I don't know if comedy comes naturally to me, but there were a lot of people on the set who are good at improvising and doing things on the spot," she says. "That sort of thing might not come naturally to me, but I definitely think I have a sense of humor."

Turner has been acting since a very young age, and just like her character in Barely Lethal, hasn't had a typical teenage upbringing. But it doesn't bother her much. "We get to live vicariously through our characters. We can go to homecoming or prom because we're on a film set, and we're experiencing that through the movie. We make up for it," she says of herself and co-star Hailee Steinfeld.

In the film, the two actresses play opponents, battling one another since childhood. But their on-screen tension was left in front of the cameras. "We hung out literally all the time," she says. "There were a lot of moments where we were having a sleepover, or making dinner, or baking cookies. It just helps if you are playing opponents...you have to get along."

See Sophie Turner and Hailee Steinfeld, alongside Samuel L. Jackson and Jessica Alba in Barely Lethal in theaters now. Watch the trailer below.