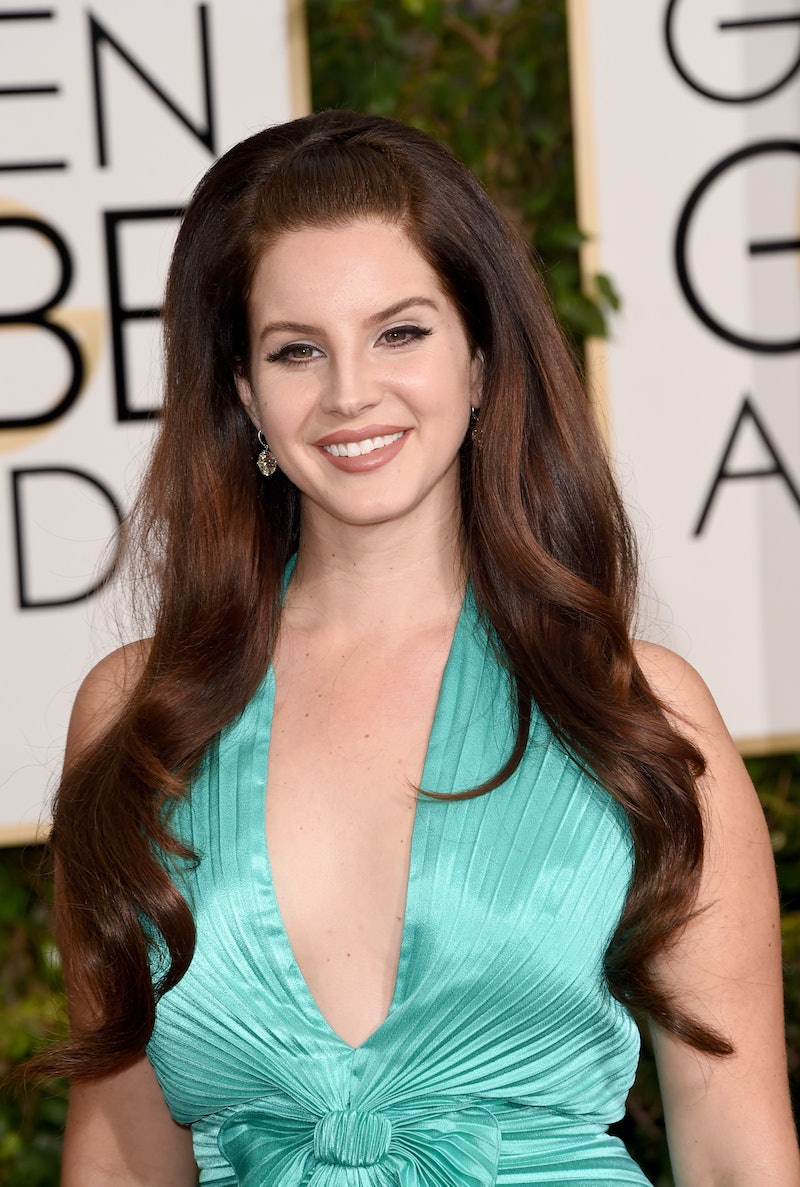 I may not have gotten into her music until recently, but I'm officially a Lana Del Rey convert. Better late than never, right? And although I'm still obsessed with Born to Die to the point of listening to it all the way through from beginning to end several times a week, there's so much more to love about her besides her music. I'll be the first to admit that Del Rey has a habit of being slightly controversial when giving interviews (the whole "27 club" debacle, mostly) but when she's not raising eyebrows, she's dropping some serious truth. Because she's not afraid of what people might think about her, Del Rey often drops some major truth about life, and for someone so young, she's surprisingly wise.

If you haven't yet been sold on Del Rey, let me change that for you. I understand that she can be a bit polarizing — you either love or hate Lana Del Rey, and in all capital letters — but she's also an incredibly interesting person. If her amazing songwriting talent doesn't do it for you, these quotes will. Del Rey's unique view on life gives her the benefit of having a perspective that not many others have, and it's definitely something we can all learn from.

On How To Achieve Your Dreams

Find someone who has a life that you want and figure out how they got it. Read books, pick your role models wisely, find out what they did, and do it.

It's solid advice — no matter what you want to do, there's someone who's done it before and it's really helpful to learn from them.

On The Importance Of Being Respected

All that stuff about what doesn't kill you makes you stronger is so not true. Do you know what makes you stronger? When people treat you and your art with dignity. Feeling like you're respected among the people who do the same thing you do is incredible and necessary.

Del Rey knew what she was talking about when she said this in an interview with Fashion magazine in 2013. Strength can come from hardships, but it can also come from having people around you who support you and treat you with respect.

On The Freedom In Having Nothing To Lose

I knew that it takes getting everything you ever wanted and then losing it to know what true freedom is.

She's right — there's something so refreshing about starting from scratch.

On Living A Simple Life

Having a simple career as a musician who liked music was good enough for me.

Sometimes keeping it simple is all you need, as Del Rey said in an interview with GQ in 2011.

On The Harsh Realities Of Life

I’m a very happy person, but life is hard sometimes and relationships are s--t sometimes.

In a 2012 interview with Pages Digital, Del Rey got super real.

I have a personal ambition to live my life honestly and honor the true love that I’ve had and also the people I’ve had around me. I want to stay hopeful, even though I get scared about why we’re even alive at all.

Like she said in her 2014 interview with Complex, Del Rey's always been about being hopeful, even when things scare you.