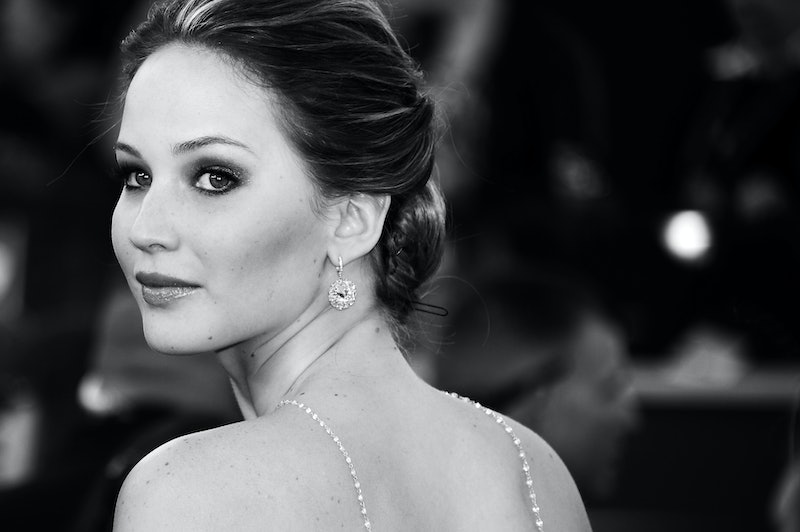 If there's one celebrity who has stolen America's heart and gotten away with it, it's Jennifer Lawrence. Lawrence is the rare young actress who is able to nab coveted nominations at the Academy Awards while simultaneously being the face of arguably the hottest YA franchise of the moment. It's no wonder that she's the first name on many directors' cast wish lists, and is forever cited as the celebrity most people want as their BFF. The best part is that she's not simply the actress du jour — J. Law is seriously talented, and though she's only 24, she's already taken on roles that would be the role of a lifetime for other actresses.

Yes, I said roles — Lawrence's resume is so insane that picking a favorite role of hers is not easy. There's a Lawrence role for everyone, from YA-obsessed youths who can't get enough of The Hunger Games franchise to superhero superfans who think that her interpretation of Mystique in the X-Men films is the best one yet. If you're a J. Law fan, you know that she's got enough acting chops to pull off whatever role comes her way, but what does your favorite Lawrence role say about you? Here's what your dream J. Law role reveals, because everyone has a different part that they adore the most:

You're the master of sass, and a bit of a rebel. You consider yourself a trendsetter, not a trend follower, and are always the first to pull out an obscure record or short-lived sitcom for you and your friends to enjoy.

You like to seek adventure on your own terms, and have no problem doing things alone. You're introspective and believe that actions always speak louder than words.

You're a tough cookie with a vulnerable side. You don't like the word "no" and hate when people judge you without getting to know you first, even though you're comfortable in your own (likely not blue) skin.

Elissa, House At The End Of The Street

You give everyone a chance, and are open to new experiences. You're a bit of a thrill junkie, and your worst nightmare is being trapped in your house on a Saturday night — whether there's a killer chasing after you or not.

You are honest to a fault and have no problem saying exactly what's on your mind. Some people may think you're too blunt, but those people don't know anything, right?

You definitely have a sassy side, but it's more of a defensive mechanism than anything else. Ultimately you just want what everyone wants: to be loved for exactly who you are.

You're a take-charge kind of person who doesn't mind getting their hands dirty. You're the social coordinator of your friend group and can't stand it when people are late or disorganized — there's just no excuse for any of that.

You're a born leader, even if you never really thought much about leading. You tend to be the girl that everyone else looks to for advice, which is funny because half the time, you have no idea what you're doing. You think on your feet and aren't afraid of authority.