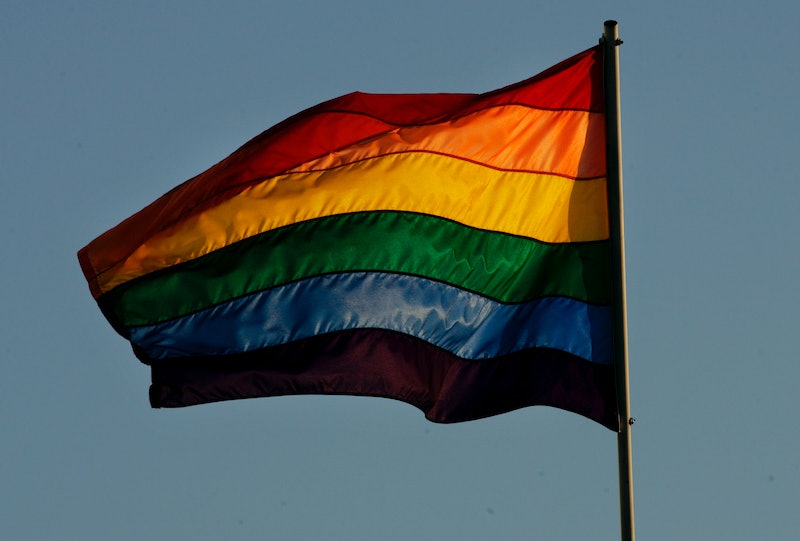 Unlike Caitlyn Jenner, most transgender people don't have a heartfelt televised interview with Diane Sawyer and fabulous Vanity Fair cover as part of their coming out. Of course, we're so glad she did because doing so has prompted some long-overdue and important discussions about transgender visibility. From eloquent activism to your grandma writing something problematic but ultimately supportive on Facebook about how she "doesn't get it but as long as everyone is happy that's what counts." This video of trans people sharing their coming out stories highlights the importance of continuing these conversations, beyond headlines and trending topics. Moreover, it really shows how much everyone can learn and grow from listening to one another's stories. Just listening.

From my own experience as a middle-class, white, cisgender chick growing up in Connecticut, I know the impulse people in a privileged group or majority can often have to rush to join a discussion. We are, largely, used to being listened to, used to being taken seriously, and used to having our stories and freedom of expression not be liabilities to our safety. But in joining discussions that concern underprivileged, underserved, and/or discriminated groups, there is a very real risk of moving the narrative in a way that we are interested in or makes us comfortable rather than pay attention to what is important to the communities we seek to help. That's not to say there is no room for cisgender voices or allies in the fight to make the world safer and happier for transgender people, but I think it's important to recognize that listening is an action. In fact it's a really, really important one.

The Caitlyn Jenner "big reveal" will likely spark continued conversation about the trans community in the weeks, months, and years to come, and thank goodness for it. But, just as a consideration, as you partake of these discussions, try to take at least as much time to listen the voices of the trans community as you do to mainstream outlets and cisgender essayists, talking heads, etc. (to whom this discussion is very likely quite new). If the real cultural achievement of Caitlyn Jenner's transition is that it gives visibility to the trans community, let's make sure we are seeing and hearing the community instead of talking over them. A good starting place might be the video of coming out stories below.