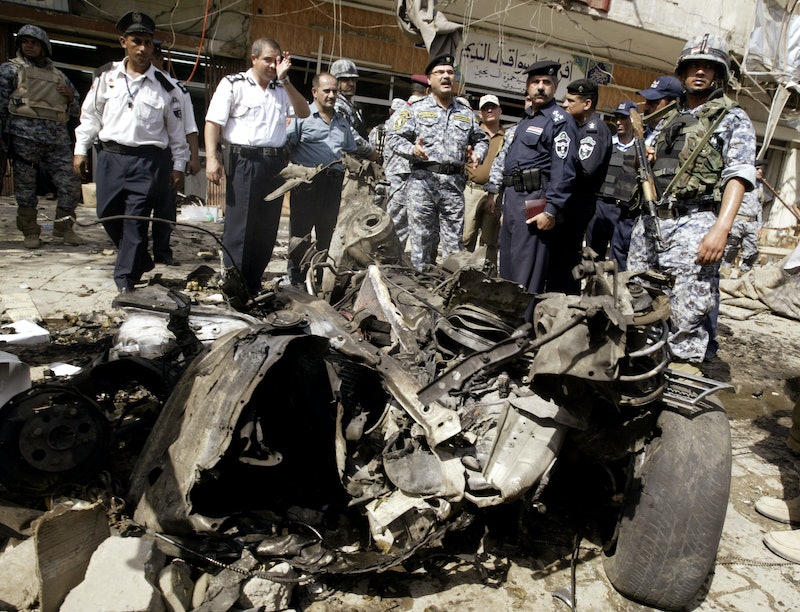 A new wave of violence in left at least 42 dead and dozens more injured in Iraq Monday. The series of car bombs, planted devices, and suicide bombers largely targeted crowded markets and commercial streets where Shi'ites had gathered to celebrate the annual Shabaniyah festival. Some of the attacks, however, took place in more mixed areas, some of which were populated mostly by Sunnis.

One of the deadliest incidents took place in Baghdad's Husseiniyah neighborhood. Less than a minute after one bomb went off in a crowded marketplace, a second bomb detonated within the crowd of people who had gathered to help the first bomb's victims. Ten people were killed and over thirty were injured.

Al Qaeda has not yet claimed responsibility for Monday's attacks, but the group is widely suspected to have coordinated them. Interior Ministry spokesman Saad Maan Ibrahim told reporters, "By attacking soft targets like markets, al Qaeda wants to send a message that they are still active and still capable of striking anywhere in Iraq."

According to the United Nations, May was the bloodiest month in the country since 2008, in part because of sectarian tensions reignited by the civil war in Syria. Over 2,000 Iraqis have lost their lives to these kinds of attacks since the beginning of April, and violence is on the rise.

These militants are largely seen as reacting to Iraq's Prime Minister Nouri al-Maliki and his Shi'ite-led government. Since the United States withdrew its last troops from the country in late 2011, dissidents accuse Maliki of attempting to consolidate his regime's power while allowing the country's economic and political structures to collapse completely.