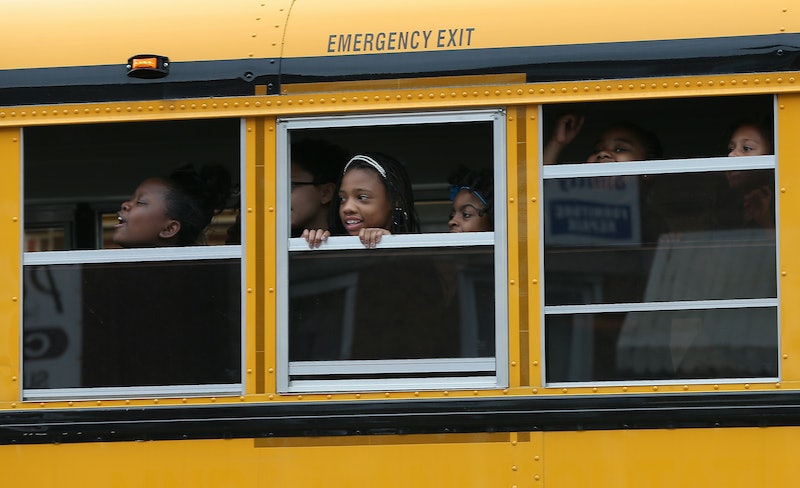 Finally, some good news out of Baltimore. The Baltimore Sun reported Wednesday that all Baltimore public school students would get free meals under a new program launched June 1. In a note to parents on the Baltimore City Public Schools website, school officials said that the city's 85,000 students would receive free breakfast and lunch regardless of the family’s income. No more messing around with eligibility forms, account balances, or forgetful parents, the 188 schools in the district will simply give every child a free, nutritious meal. Baltimore deserves applause here for two reasons: First, the program eliminates the stigma attached to getting a free school lunch; the old program was essentially a neon sign that a student came from a poor family. And, because schools won’t have to track or manage meal account balances, the announcement means that city school officials won't feel the need to harass children when their parent can't or won’t pay. This is a win on several levels.

The city is taking advantage of a little-known USDA program in order to make this happen. Authorized by Congress as part of the Healthy, Hunger-Free Kids Act of 2010, the Community Eligibility Provision (CEP) allows districts where more than 40 percent of students are eligible for free or reduced lunch to apply to offer meals to all students. In a letter posted on the USDA website promoting the program to school officials, Agriculture Secretary Tom Vilsack and Education Secretary Arne Duncan said the program helps schools reduce administrative costs and increase participation rates:

Families do not need to turn in free or reduced-price meal applications, and schools do not need to process applications or conduct verifications … Early-adopting states have experienced increased school meals participation. Access to free, nutritious meals for all students also removes the stigma associated with providing free and reduced-price meals to low-income children.

Baltimore City Delegate Keith Haynes sponsored the legislation to authorize the program statewide. Speaking to Bustle, Haynes says that eliminating the stigma was one of his goals. "This bill is a great equalizer between those students who can pay and those who couldn’t afford to pay. Moving to the CEP model, everybody is eligible for free meals, all of our kids have access to balanced, nutritional meals, and we’re truly treating kids equally."

Haynes tells Bustle that under the old program, the city’s homeless children usually fell through the cracks. "We do have a demographic of homeless children and a burgeoning number of kids without a parent or guardian at all. Under the old system, if you don’t have a parent or guardian to complete that form, those kids were left out all together. In addition to the stigma that it carries, this wipes all that out and puts all the kids on the same playing field."

Johns Hopkins sociology researcher and professor Dr. Karl Alexander agrees that the program will probably be prove less costly for the school district. In an interview with Bustle, Dr. Alexander explains why the old program was likely under-serving Baltimore's students. "With 84 percent eligible for free lunch throughout the city, it probably is more economical just to provide meal service for everyone, rather than have to manage which kids should be provided free meals and which should pay."

He added, "The 84 percent figure probably is an under-count, as not all families that might qualify apply and some schools are more energetic than others in getting families to do the paperwork. It is certain there are a good many needy children in Baltimore who were not receiving nutritious meals. Now they will have them. And with the federal government covering costs, it's a good deal all around."

According to the USDA website, the agency piloted the program in ten states and the District of Columbia in 2010 and made it available nationwide last summer. By last September, the program had ballooned to more than 2200 school districts in nearly every state – that’s more than 6.4 million students. (Nearly every state. What gives, New Hampshire?)

The idea that some kids in need simply aren’t getting school meals is pretty alarming. An Aurora, Colorado, teacher says she was fired last week for giving out lunches to students who couldn’t pay for them. (The school district said in a statement that it would not comment on personal issues, but any terminated teacher would have broached a written policy.)

And before that, 40 Salt Lake City students had their lunches thrown out because their parents hadn’t paid. The USDA reports that Colorado has eight school districts participating in the Community Eligibility Provision; Utah has five.

No child should go hungry in a school where food is available. Kudos to Baltimore for getting that right.