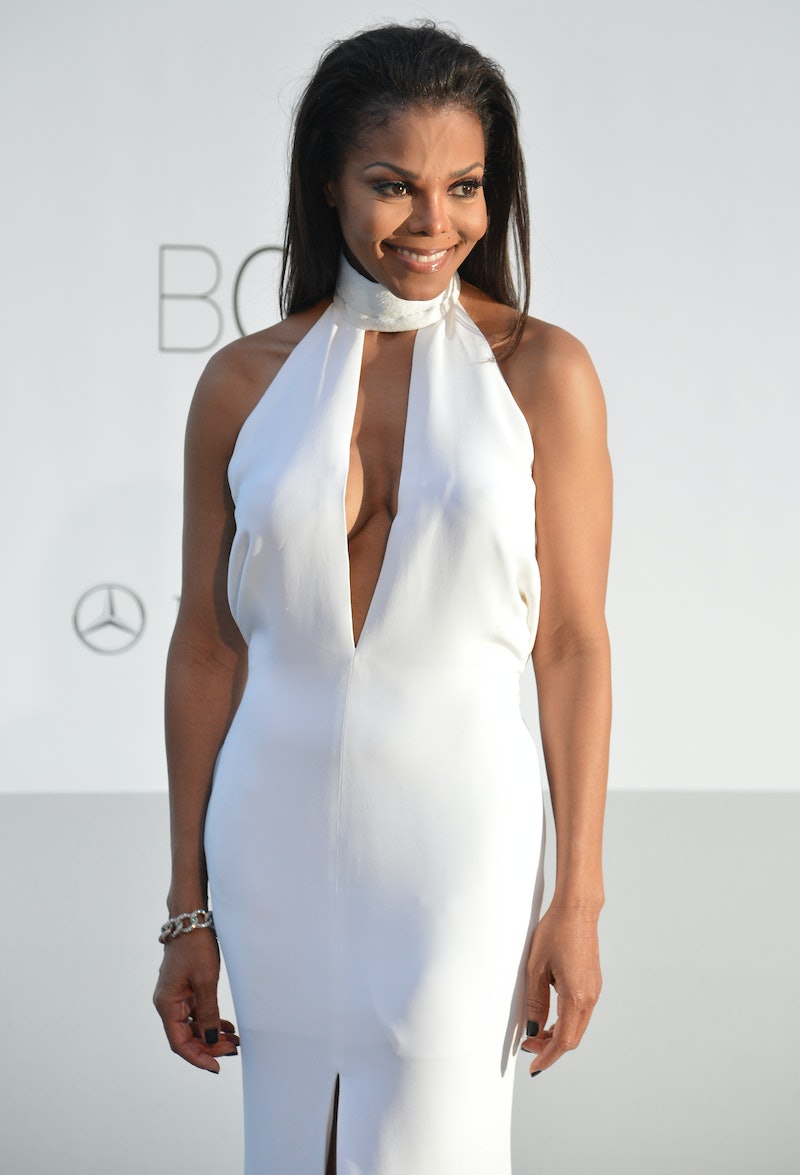 Like a moth to a flame, I am drawn to the fire of the potential of a new Janet Jackson album — and it looks like it's actually going to happen. Seven years after she released her last record Discipline, Jackson is reportedly plotting a musical comeback, with new songs coming as early as this fall. Obviously, her re-emergence onto the music scene will be a major production — and rightfully so, considering her iconic status. In conjunction with her upcoming album, Jackson's announced a world tour and for anyone who's ever witnessed her perform, you already know she's a force to be reckoned with on stage.

Now, any time a veteran artist like Jackson comes out of musical hibernation, I immediately think of ways they can reincorporate themselves back onto the scene. Music is an ever-changing industry, from the way it sounds to the way it’s produced and marketed. Luckily, there are some amazing artists with whom Jackson should definitely consider collaborating to make her transition back into the spotlight that much more smooth, and of course, fruitful. With her status, I'm sure there are several artists who would gladly climb mountains to be able to work with her.

So, if she does choose to collaborate with anyone, here are eight artists she should definitely consider working with on her upcoming album:

Since Ciara counts Jackson as one of her influences, she'd probably be elated to join her idol on a track. Plus, considering they're both beasts on the dance floor, Ciara and Miss Jackson would absolutely slay a performance together.

I know what you're thinking — a JoBro and a Jackson sibling?! Psh, that's crazy. But I happen to agree that Jonas' new songs are sexy, and that's not just because he said it. Anyway, his solo music is right on point with Jackson's sultry style, plus this could her tap into a younger fanbase who might not be as familiar with her music.

This may be a stretch, but I'm willing to bet a Drake/Jackson track would be the stuff of legends.

This might be too much sexy for one song, but I think I could handle it.

First off, if you're wondering, who is Jhené Aiko? please take a moment (or an entire day) to acquaint yourself with her music ASAP. She kind of reminds me of Jackson during her Velvet Rope era, particularly because she has a bohemian style. Also, her songs tend to be very intuitive, mysterious and soothing. Trust me — this collaboration would be magical.

Honestly, I'm not sure if there's anything Taylor can't do, but she can definitely work with Jackson. She acts, sings, raps and has written songs for Kanye West. In fact, she's signed to his G.O.O.D. music label. On top of that, she's another artist who absolutely kills it on the dance floor. What's not good about this collaboration?

We both know Jackson and Rihanna can talk that talk when it comes to guys, relationships, independence and sex. I'd love to see them together one track doing all of that and then some.

This wouldn't be Jackson and Missy's first time working together, but if they partnered up again, that would make for one of the most amazing musical comebacks of all time.Images: Getty Images (9)