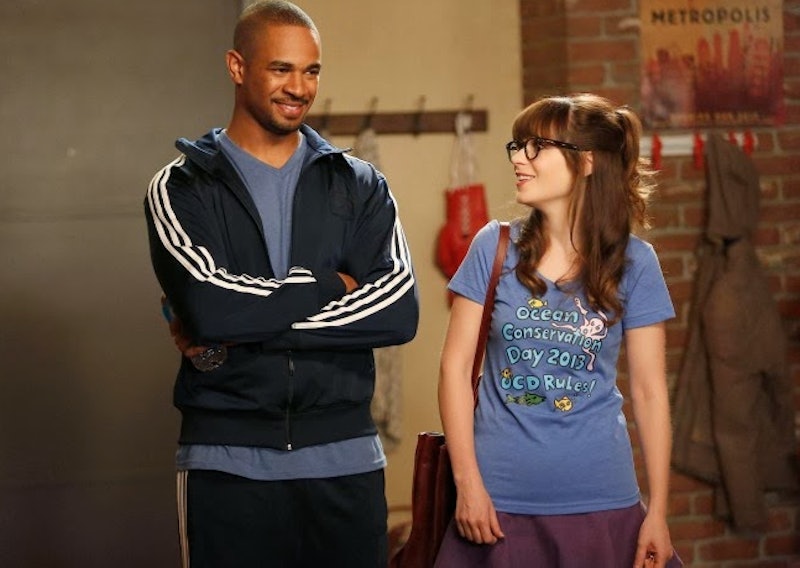 We've been talking about New Girl for a lot of pretty specific reasons since its premiere in 2011. There was the breakout of Schmidt as a character, the struggles in writing Winston, the decision to get Nick and Jess together — more recently there was the decision to bring Damon Wayans Jr's Coach back into the fold. But something that doesn't get enough cred — something that caught our attention about the show since day one — is the sheer energy and relatability with which its dialogue is written.

We may not be quite as dysfunctional as Nick Miller — we would totally order takeout for breakfast but we pride ourselves for not misspelling rhythm fifteen times in a row — but we still totally get him, and the same is true for the rest of the residents of the loft, despite how manically insane they can get at times. So for this week's episode of New Girl we decided it might be cool to set plot aside for once (it involved a fitness challenge and Jess going off the rails at a Chinese restaurant) and instead just highlight some of the lines that made us giggle to ourselves out of understanding.

And yes, they made a Friday Night Lights reference, but we're just gonna overcome our "Clear Eyes Full Hearts" Dillon Panther tunnel vision and move on into some of the other things the gang said this week:

Nick to Jess: "I think you should try to try a little less."

Jess: "How am I supposed to try to not try?"

Coach to Nick re: their fitness challenge: "You either take this dumpling and be a dumpling guy, or you come with me and be a doing guy."

Nick: "It's hard cause I've been a dumpling guy my whole life."

Coach: "You'll be able to see your abs."

Nick: "I thought god just didn't give me those."

Jess: [Crying]"As long as hot dogs are hats, anything is possible. You could be the first little girl in space! You just ride that hot dog hat all the way to the moon, girl!"

Chinese Restaurant Owner: "Well it helps that you're gorgeous."