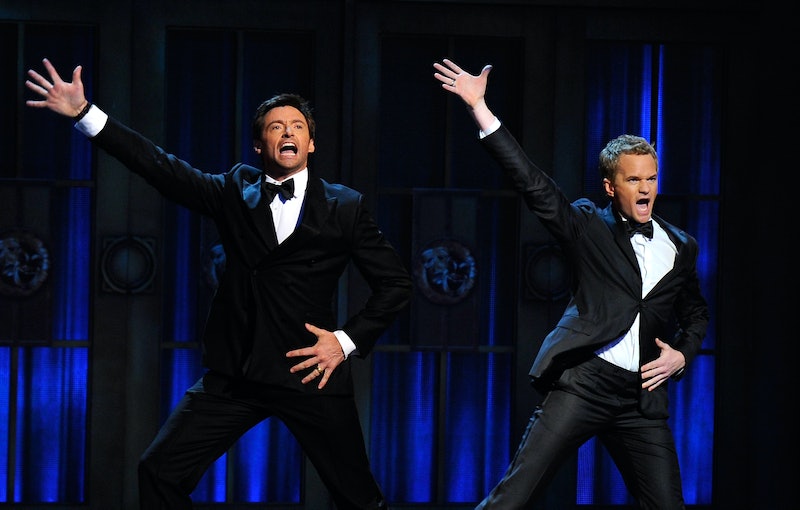 Still, should they need a little guidance, I've put together this list of Tony Award-hosting lessons from a distinguished stable of past ringmasters. Here's what Team Chenoweth/Cumming can steal from their playbooks.

Wear Their Theater Love On Their Sleeves, Like Hugh Jackman

Traditionally, the opening number is the host's biggest Tony moment. But in 2011 and then again in 2013, NPH called in some talented friends to help him close out the show in a big way. While the ceremony was happening, Lin-Manuel Miranda, the Tony winning composer of In The Heights , was backstage co-writing a wrap-up rap (or rap-up? I'm hilarious.) of the evening's events. The second time around, Harris also enlisted six-time Tony goddess Audra McDonald to deliver some epic vocals and an iconic mic drop.

Whichever past hosts they take after, I can't wait to see what these two have in store for the show!