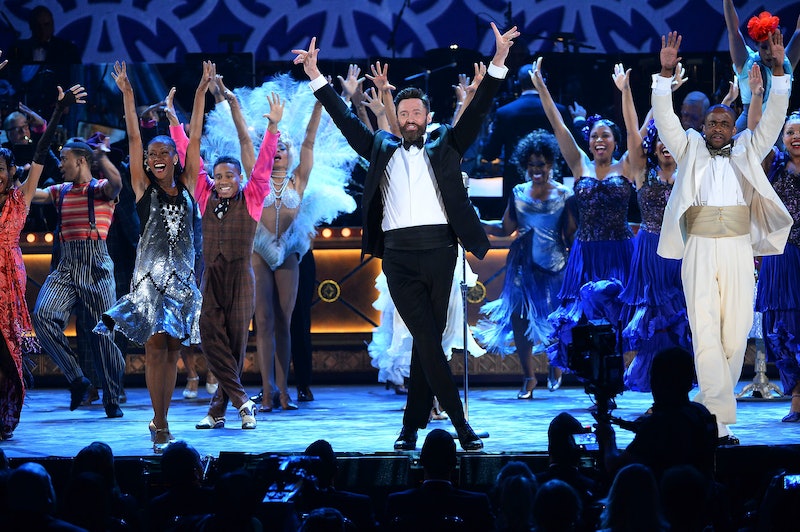 Sunday night's Tony Awards gave us performances that showed the great highs, disappointing lows, and everything in between from this year's Broadway musical and play season. Starting with an energetic snippet from After Midnight, all the way to a classic song-and-dance number from Bullets Over Broadway, this year's performers gave it their all, and for the most part, they showed people why taking in a show at the theatre is still one of the most enjoyable ways to spend a night out.

Some shows' performances, however, didn't translate to TV as well as others. Song choice is a crucial decision and some musicals that are supposed to be excellent on stage fell flat during the Tonys by going with a song that bores people unfamiliar with the story. But for every lackluster, toned down act there was an energetic, attention-grabbing number to keep the audience watching from home tuned in.

With 12 performances throughout the course of the awards show, there was a very wide range in terms of quality. From performances that you used as an excuse to leave the TV and get a snack to those that had you searching for tickets to the next available Broadway show, let's rank the 2014 Tonys performances and see who comes out on top.

The Cast Of After Midnight, led by American Idol alum Fantasia Barrino

As we all probably remember from American Idol, Fantasia is a brilliant singer and performer and her After Midnight cast performance was elevated even further with the help of icons Patti Labelle and Gladys Knight. Following the three divas' song, the entire cast tapped their way through another number with a brilliant dance break by Dule Hill. Hugh Jackman then joined the cast and tapped it out until the end of the performance.

What's not to love?

We Can Never Escape Les Miserables

As if we haven't had enough of this musical already (thanks Hollywood), Les Miz experienced a revival on Broadway this season. And while the songs are familiar and now remind me of Anne Hathaway shaving her head and Russell Crowe grumbling and screaming, the revival's performance was still pretty good. The show has a brilliant Jean Valjean in the form of Ramin Karimloo and the always great Broadway star Will Swenson — also known as Audra McDonald's husband — took on the role of Javert. But what could have made the performance even more memorable was if Hugh Jackman went up onstage to sing the last big of "One Day More."

The Cast Of Aladdin Does A Disney Medley

I was slightly confused by the choice of song halfway through the cast of Aladdin ’s Tony performance. The actor who played the Genie, James Monroe Iglehart, was absolutely fantastic while performing “Never Had A Friend Like Me,” but suddenly he went into a medley of other Disney songs including bits from Beauty and the Beast and The Little Mermaid. With so many great Aladdin moments to choose from, why deviate to other songs in Disney’s repertoire?

We didn't even get a chance to watch Adam Jacobs, the guy who plays Aladdin, sing!

Idina Sings Her Heart Out With If/Then

It's impossible to say that this performance from If/Then wasn't great because of the great Adele Dazeem, sorry, Idina Menzel. The song choice was brilliant but I almost wish I could have had a little snippet of a song with the other castmembers.

But, I guess making me want to see more of the show is a good thing.

While we didn't really get to hear Rocky sing, which is really a shame because Andy Karl is kind of a genius, the cast of Rocky gave us a fun performance that showed off the final fight between Rocky and Apollo Creed. The show even gave us the famous line "Adrian!" But instead of being an awesome shout-out, it felt super corny.

That fight sequence really was too impressive to ignore, though.

To be fair to all of the people involved in A Gentleman's Guide To Love And Murder, the show is considered to be really enjoyable. But the show made a fatal error with their song choice for the Tony performance. The song is impressive but it won't attract the at-home audience like a bigger, showier number. When you have a performer like Jefferson Mays, who plays EIGHT characters in the show, you would think the smartest choice would be to incorporate him into the Tony performance.

But unfortunately, the didn't.

This number was sheer perfection. It had the perfect combination of Neil Patrick Harris in all his Hedwig glory, Lena Hall got the chance to show off why she deserved her Tony win for Best Featured Actress, and the rest of the cast looked like they were having a blast.

Plus, NPH stepping out into the crowd and giving Orlando Bloom a look at his, ahem, groin region, was pretty unforgettable.

The current cast of Wicked did a brilliant job singing one of the best female duets on Broadway, "For Good", but the song left me with regret. Idina was at the Tonys... Would it really have been so difficult to fly in Kristin Chenoweth and have them reprise the number?

After showing us dance number after dance number, it was nice to see a medley of songs from the musical Beautiful: The Carol King Musical that offered us both some high-energy moments, as well as some slower songs from the brilliant cast led by Jessie Mueller. Bonus: Carole King joined Mueller onstage for the last bit of the performance!

The Classic Musical Is Back With Bullets Over Broadway

Yes, this is the show with Zach Braff. No, he was not in the number. But yes, it was still just as entertaining and gave us a wonderful escape to the past.