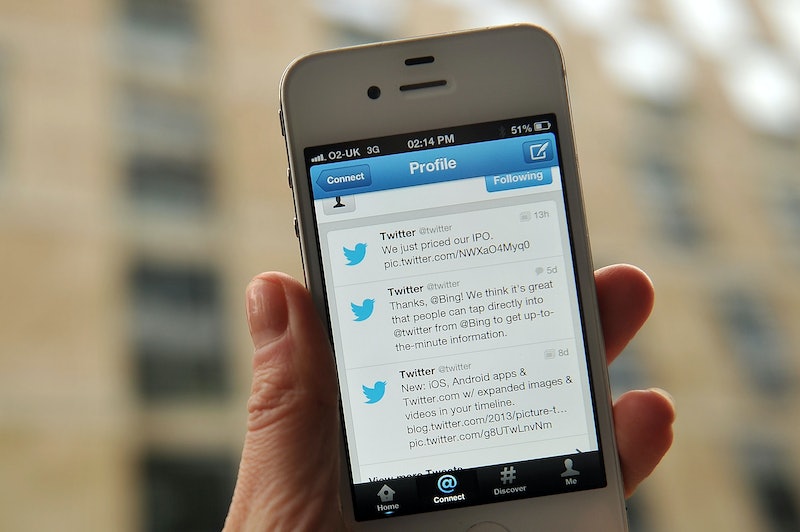 Men dominate in terms of Twitter influence (twitfluence?), and a doctoral linguistics student at NYU might have figured out why. As it turns out, men are more likely that women to be followed and retweeted on twitter because of the gendered nature of hashtagging: Men and women use hashtag differently — and that difference in usage is key when it comes to the behavior of Twitter followers.

According to the study, men tend to use hashtags for their more traditional purpose — that is, tagging a post or a tweet about a particular topic to make it easier to find — while women generally utilize expressive hashtags, which provide commentary or humor. Men's posts, therefore, lead the pack in term of searchability: More people will see their tweets, and thus more people will also retweet them.

The study was conducted by Allison Sharp, who examined a long list of tweets that utilized over 1,600 hashtags. She proceeded to divide the hashtags into the category of "traditional" (which tagged places, names, locations) or "expressive" (which were used to offer a personal insight or joke to a tweet).

Still not sure what the difference between a traditional and an expressive hashtag is? Play the game below and see if you can figure out which of the two categories these hashtags fall into.

Is This Hashtag Traditional or Expressive?

Explanation: Hashtags of proper nouns tend to be traditional, as they serve as tags for names of places.

Explanation: This one is also traditional, because it refers to a specific event rather than offering an opinion or commentary.

Explanation: #thinkaboutit is offering a piece of advice, so it falls into the category of expressive.

Explanation: This refers to a specific video/phenomenon, so it's traditional.

Explanation: This one is pretty easy. It's expressive because it's... well, expressing something, namely, excitement.