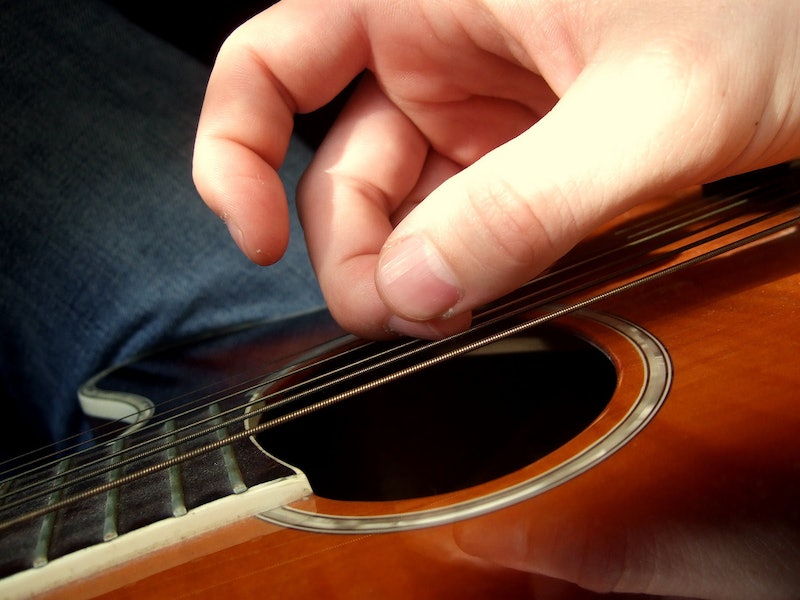 I had a small spell about two years ago during which I watched entirely too much Grey's Anatomy for unknown reasons. (Although I suspect at least a few of the reasons dealt with my existence in a cloud of peak slugdom and frequent hangovers, so the never-ending series on Netflix helped enable this.) I'm not super familiar with much medical stuff save the horror stories my former roommate in nursing school would share, so the show never failed to blow my mind. But this? Here's a man playing The Beatles' "Yesterday" during brain surgery. That...never happened at Seattle Grace.

Brazilian man Anthony Kulkamp Dias strummed guitar balancing on his belly and sang along to 6 different songs during the 9 hour operation to remove a life-threatening tumor. He was conscious the entire time. The 33-year-old has played guitar for two decades now and did so during the procedure to help Nossa Senhora da Conceição Hospital surgeons keep an eye on various areas of the brain controlling speech and motor coordination in an effort to keep them unharmed. Dias also played some Brazilian folks numbers along with a track he penned specifically himself for his son, Emmanuel, who was born barely two weeks after doctors found the tumor.

I suppose in a way Dias was just doing what he had to do to help make sure pretty important brain areas remained safe during the operation. But, like...I'm not even great at carrying on conversation during the glaucoma tests at the eye doctor's. And this is like that times 999,999,999 at least. See him blow everyone's minds while he gets his own worked on:

Dias was supposed to be discharged from the hospital yesterday. The surgery removed 90% of the tumor. Pretty incredible, right? To make this even more impressive, know that Dias's case was only the 19th of all time the hospital had ever done this procedure.

Here's some other covers of "Yesterday" that are great, albeit not nearly as powerful as Dias's stab:

Man! Those colors. I'm not usually jamming much Katy (save "Roar," which my partner's child is obsessed with, therefore that makes weekly appearances). But this!

Mostly posting this for the dog companion. It is important. Trust me.