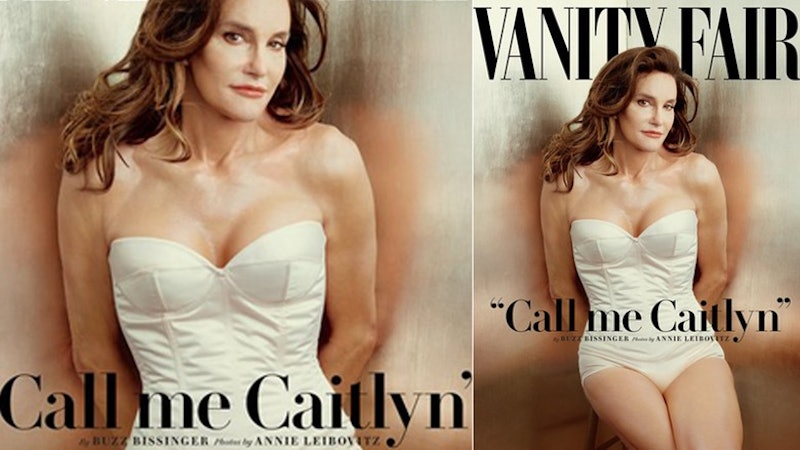 After Caitlyn Jenner's Vanity Fair cover arrived this week, #CallMeCaitlyn trended on Twitter as millions of people embraced Jenner's new name. As Laverne Cox pointed out, however, Caitlyn Jenner , awesome though she is, is not and should not be considered somehow representative of the whole trans community. In response, trans people have been using the hashtag #MyVanityFairCover to showcase the broader range of trans identities — and it's pretty amazing.

The idea first came from Tumblr user rambleonamazon, herself a trans woman, who wrote, "The world only seems to embrace us if we’re wealthy enough or lucky enough to adhere to white, cisnormative beauty standards. I’ve felt frustrated and useless and overwhelmed by opinions on transgender women and how we’re 'supposed' to look if we want to be taken seriously."

But not all of us adhere to those standards. Not all of us want to. Not all of us can. Some of us do, but only out of fear. Some of us do but we aren’t sure why. And whether we fit those standards or not, we’re beautiful, and we all deserve to feel beautiful, and be acknowledged by the world. Admiration and praise for trans women shouldn’t only come if we fit a narrow definition of beauty. As a good friend of mine said Monday “Where’s my Vanity Fair cover?”

You can see loads more on Tumblr.

As trans people become more visible in society, it's important that we keep in mind how diverse and varied the trans community is, and not let one image of trans people dominate mainstream perception. So as amazing as Caitlyn Jenner's Vanity Fair cover is, we could definitely stand to see a lot more.