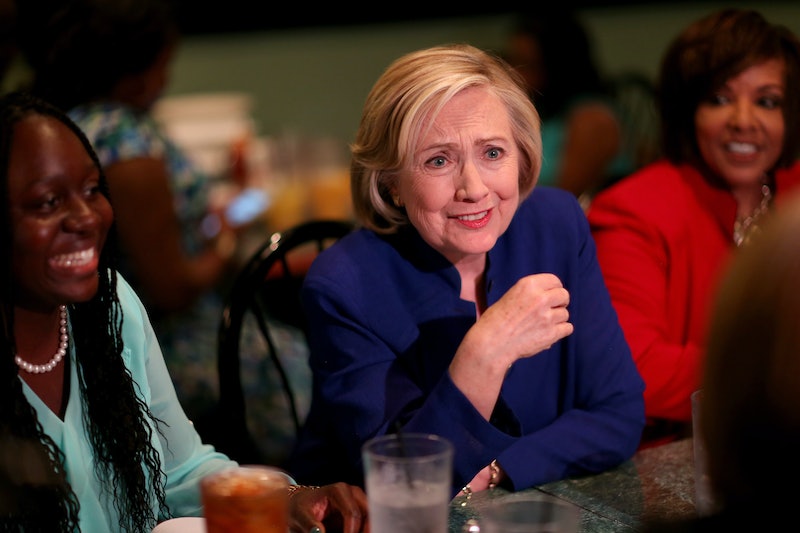 OK, so you're pumped for the 2016 election, waxing lyrical to everyone and their mothers about how an experienced, formidable female politician is the early front-runner to become President of the United States. You're an ardent Hillary Clinton fan, and you want to shout your excitement from the rooftop (although I'd advise against actually doing that). But the one situation where you're hesitant to do so much as *whisper* the word "politics" is at a family dinner, where the tension is high and the social graces are scarce. Do you or do you not bring up your support for Hillary Clinton during a family dinner?

To be sure, any topic involving politics has the potential to explode into a heated argument. But family dinners are tricky territory; family is family for a reason, and while they are largely able to maintain some semblance of civility, these relationships are based on blood and not on choice. Family can be a treasure, but no matter how much your second cousin's puberty tantrums are annoying the living daylights out of you, you can't exactly decide to cut all ties with him. What's more, Clinton is a woman, a politician, and a former First Lady — a triple whammy of treading dangerous ground.

But the election is undeniably important, and of course you have to talk about it. So, yes? No? Can't decide? Here's a flowchart to help: