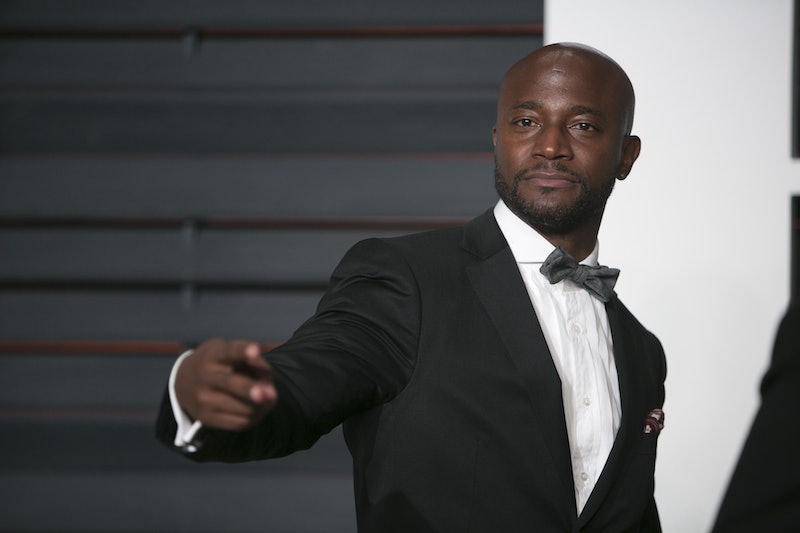 Unfortunately, he has not, and that's a total injustice. Diggs is set to take over for Darren Criss as the lead in Headwig and the Angry Inch, and, even though he's sure to be fabulous in it, that also won't earn him a Tony since he's not originating the role. While I'm sure he'll be an excellent presenter, the dude deserves some hardware of his own. Here's why.

The biggest strike against Diggs is that, for some of his biggest Broadway roles, he's been replacing the originating actor, making him ineligible for the Tony. That happened with Billy Flynn in Chicago, Fiyero in Wicked, and now, Hedwig. Rent villain Benny, though, was all his. And, now that I've grown into a rent-paying New York City citizen myself, I've kind of come around on Benny's position. I mean, Mark is from ultra-wealthy Scarsdale and doesn't think he should have to pay rent just because he doesn't want to? If I have to mail a check to my landlord every month, so should Mark. Benny, I apologize for all those years in high school when I thought you were unreasonable! Diggs deserves a lifetime achievement for that alone.

It should go without saying, but he's obviously talented enough for a Tony.

Like, lots of other awards. He doesn't have any letters of the EGOT yet, but he's racked up a Screen Actors Guild Award and Broadcast Film Critics Association Award for Chicago, an Image award for The Practice, and nominations in everything from the People's/Teen Choice Awards to the Blockbuster Awards. I'm sure by now he knows how to give an awesome acceptance speech.

This Is His Kid

I know they don't give out Tonys for cute children, but how can you say no to these two faces?

If there's one (lame) thing the Tony Awards love to do, it's give awards to people who are really movie/TV actors and not pure theater actors. Just look at this year's crop of nominees: Celebrities like Bradley Cooper, Helen Mirren, Elisabeth Moss, Carey Mulligan, Patricia Clarkson, and Ruth Wilson outnumber the likes of actors like Michael Cerveris, Kelli O'Hara, and Christian Borle. My guess is that they just want more people to watch the awards ceremony on TV, and people are more likely to do that if the big movie stars are there. Diggs is just as much a star of screen as he is of stage, so the Tonys should be clamoring to give him a statue.

He Looks Good In A Suit/Tux

I mean, come on. Give him a Tony for the million-watt smile.