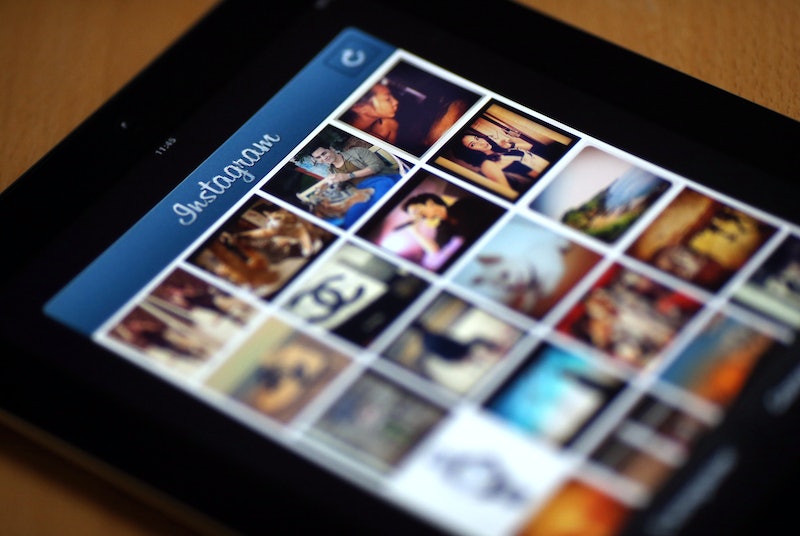 Everyone was pretty excited when Instagram announced you can hashtag posts with emoji, because what's more 2015 than a hashtag with an emoji next to it as a means of communication and categorization? In the months since the April announcement, an analytics firm called Curalate crunched a few numbers and found the most hashtagged emojis on Instagram. Not only that, but they created a fancy infographic breaking down our 100 favorite emoji, too. According to the report, individual emoji have been used 6.4 million times in Instagram hastags so far — although alas, we're still trying to free the eggplant.

We'll take a look at the top 10 most popular emoji hashtag below, but for the curious, some of the others beyond the top 10 include the underlined "keep it 100" emoji, the peace sign (or victory hand), the sparking pink heart, the spotted puppy, prayer hands (thanksm Drake), and the flexed bicep. Most of the top 100 emojis were in accordance with what you would expect to see used in an Instagram hashtag — the fork and knife emoji for food pics, the cake emoji for birthdays, the beer emoji for rowdy nights, and so on — but some caught me off guard. Why is the green heart so popular? No idea, but apparently we all love it.

Check out the top ten most hashtaged emojis on Instagram and take a look at the full infographic for the rest.

The most popular hashtagged emoji is the classic red heart which is actually pretty great and, in my opinion, a positive reflection of humans who use social media and hashtags. Love is in the air! At least on Instagram.

Because the classic heart isn't enough of a symbol of love, the second most popular emoji is the heart eyes.

If there's one thing Instagram users like more than free standing hearts and hearts in eyes is a heart next to lips.

4. The Tears of Joy Emoji

Also known as the ROFLC emoji (rolling on the floor while laughing and crying).

5. The Happy Face with Happy Eyes

Because the more hearts, the better.

For all your scandalous hashtag needs.

For even more of your scandalous hashtag needs.