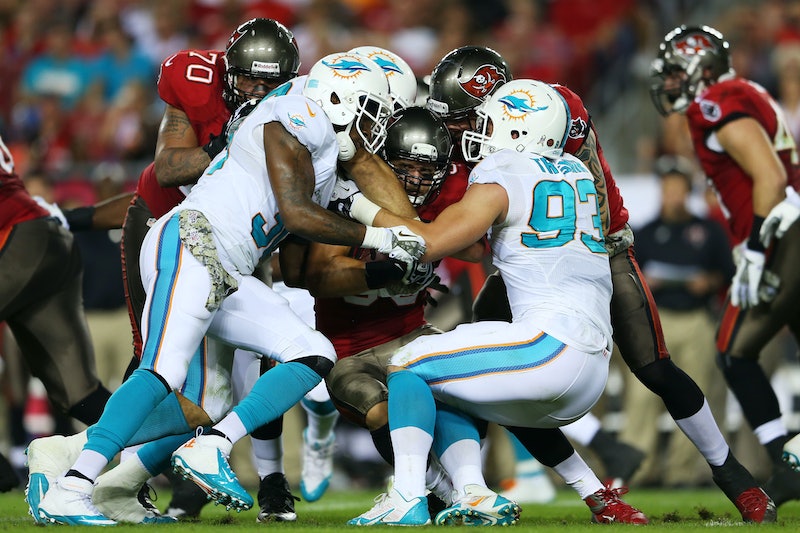 The Richie Incognito/Jonathan Martin hazing scandal is still shaking up the NFL. The quick facts are this: Richie Incognito, a veteran player, repeatedly harassed and bullied Martin, a rookie. The treatment went beyond what Martin thought was an "acceptable" amount of locker-room posturing, and he reported it. Citing an emotional breakdown, he left the team. Incognito is now being suspended indefinitely, and the Dolphins are in the midst of a top-down investigation.

Sports teams share a fraternity-esque logic for their hazing rituals. The logic is "I had to do this, so he has to, too." The rituals, whether they involve paying for another player's dinner or carrying his pads, are intended to bring a team closer together. And if that was all that had occurred in the Martin/Incognito case, this discussion wouldn't be happening. Incognito's treatment of Martin, which included violent language and racial slurs, crossed the line that separates hazing from abuse.

If Martin's allegations are entirely true, this behavior had been going on for a long time, and yet no one within the Dolphins franchise said anything to stop it. An investigation after the fact is all well and good, but if this isn't an isolated incident (and I doubt it is) and abuses like this are perpetrated on players across the league, the real conversation needs to be about the team cultures that breed this kind of bullying, shame those who disagree into silence, and penalize those who finally speak up. What happened between Martin and Incognito has happened before. It will happen again. It happens in locker rooms across the NFL. It happens in the NBA. It happens, to a degree, on college sports teams. It happens in fraternities. It happens at Merrill Lynch and Goldman Sachs. Hazing the new guy is an integral part of many of our most "masculine" activities, whether those are pro-football or private equity.

We, as a culture, and I, as a writer, spend a lot of time and effort talking about how prevailing cultural attitudes devalue women in favor of men. We don't spend nearly as much time talking about how those same attitudes devalue some men in favor of others. Like it or not, pro athletes are role models. They embody our generation's masculine ideal: strong, fast, capable, tough. They are expected to survive, not to complain. Our ingrained cultural beliefs about what is or isn't sufficiently "masculine" forces men from all walks of life to suffer in silence, to tough it out. It is a creed that breeds insensitivity and silence.

Jonathan Martin shouldn't have had to endure this treatment. Someone on that team should've stepped up long before this became a media frenzy. The NFL needs to examine the values that underpin its team's attitudes, and to create spaces where players feel comfortable standing up for one another. Our society needs to take another look at the way we treat our boys and men and to stop confining them into the most restrictive of "masculine" boxes.