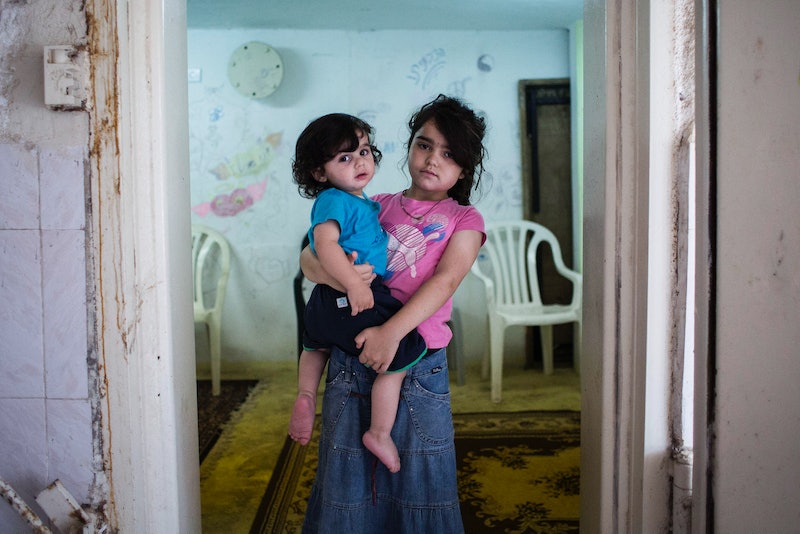 A confidential country report out of the United Nations on Friday named Israel as a potential violator of children's rights and prompted argument across the globe over whether the nation should be officially listed with countries like Sudan, Colombia, and the Democratic Republic of the Congo. According to Reuters, U.N. special envoy Leila Zerrougui of Algeria had included in her initial draft both Israel's army and Palestinian militant group Hamas before sending the report up to U.N. Secretary-General Ban Ki-moon, who will decide on the country's final fate. Over the past few weeks, sympathizers across the globe have come to Israel's defense to deflect criticism over the country's standing with the U.N. and other human rights groups.

"This designation would falsely and shamefully equate Israel with some of the most barbaric terrorist organizations around the world," wrote Texas senator and 2016 presidential candidate Ted Cruz, in a letter to Ban on Wednesday, after rumors of the listing began first circulating. "There is absolutely no legitimate basis for adding Israel to such a list that includes parties which only represent the greatest of evil, honor death over life, and deliberately massacre women and children."

On Friday, Cruz also tweeted from his official account that President Obama should "unashamedly stand by Israel."

According to various sources within the U.N., both Israel and the United States have lobbied to keep the country off the list of rights violators, with U.S. Ambassador Samantha Power speaking out against the potential move.

The report obtained on Friday listed some 540 Palestinian children killed in the crossfire between the two nations, with nearly 400 of those being younger than 12. Coupled with earlier U.N. reports on the region, which indicated that around 3,300 additional children had been injured in the war in the Gaza strip, the outcry from groups like Save the Children and UNICEF was deafening.

"These organisations are in uproar over what has happened," an anonymous source inside the U.N. told The Guardian in March. However, due to increasing pushback from the Israeli and American legislative scenes, a likely "political decision has already been taken not to include Israel," added the source.

Those in favor of listing Israel on the register of children's rights violators have spoken out against the U.N. bowing to Western demands, given that, as recently as summer 2014, the Israeli military had fired on several schools that had been utilized as U.N. emergency shelters, killing 44. Said Human Rights Watch director Philippe Bolopion, in a statement to Turkish news outlet Daily Sabah, on Thursday

Secretary-General Ban can strengthen child protection in war by compiling his list based on facts, not political pressure. The integrity and impact of the Secretary-General's report is damaged when repeat-offenders are left off the list. Failure to include countries and groups that are known offenders will harm a report that's been a powerful tool to protect children in war.

The U.N. itself has not stated outright whether it would follow through with the action, mulling between whether the standard criteria for the list had actually been met and establishing a no-tolerance precedence that would set the tone for future potential candidates.