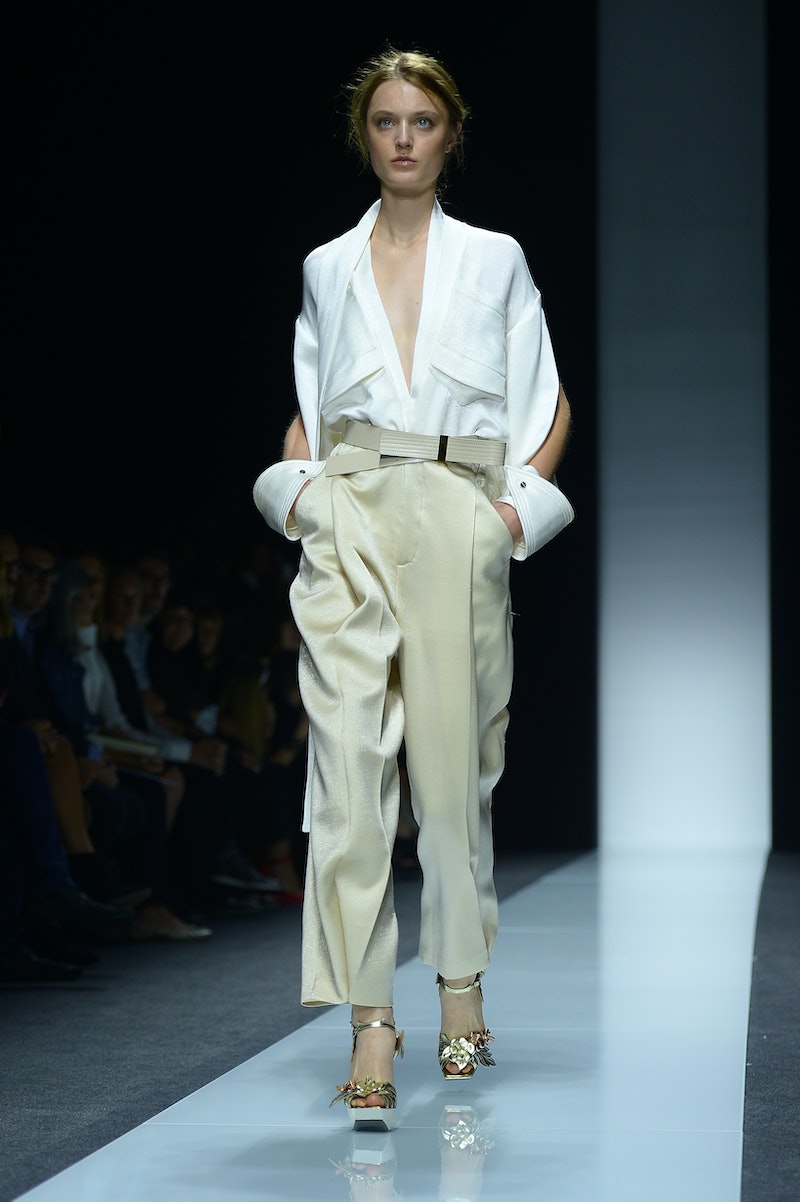 If Gianfranco Ferré was the architect of fashion, then his structural masterpiece had to be the classic white shirt. Celebrating the chic wardrobe staple, the traveling exhibition "The White Shirt According to Me, Gianfranco Ferré" will finally make it's U.S. debut in November at the Phoenix Art Museum. The exhibit features 27 white shirts that Ferré designed between 1982 and 2006, each one crafted from various textiles such as poplin, organza, silk, and taffeta. It will also include video installations, advertisements, and X-ray images from the designer's own archives.

"For Ferré, the white shirt was an opportunity to experiment with form, material, tradition and innovation," museum curator Dennita Sewell said. "The apparent liberty and nonchalance with which Ferré interpreted the white shirt was the result of an extremely rigorous, design-oriented approach raised to the level of sculpture." The exhibit pays homage to the influential designer who passed away in 2007, but also takes a closer look at how he constructed the iconic and versatile white shirt that no stylish wardrobe can do without.

Presented by the Gianfranco Ferré Foundation and Prato Textile Museum Foundation, the exhibit (a.k.a. “La camicia bianca secondo me. Gianfranco Ferré”) launched last February at the Textile Museum in Prato, Italy. It was then unveiled at Milan's Royal Palace last March before making its North American debut at the Phoenix museum, where it will run from Nov. 4, 2015 to Jan. 18, 2016. A second exhibit focusing on Ferré's drawings will follow.

Take a sneak peek at “The White Shirt According to Me, Gianfranco Ferré" from the photos below:

More like this
Lizzo Celebrates Juneteenth With Pan African Flag Dress
By Dominique Norman
For These Abortion Clinic Volunteers, Going TikTok Viral Is A Risk Worth Taking
By Audra Heinrichs
5 Ways To Stand In Solidarity With Women In America From The UK
By Sophie McEvoy
How To Fight For Reproductive Rights, Based On How Much Time You Have
By Courtney Young
Get Even More From Bustle — Sign Up For The Newsletter