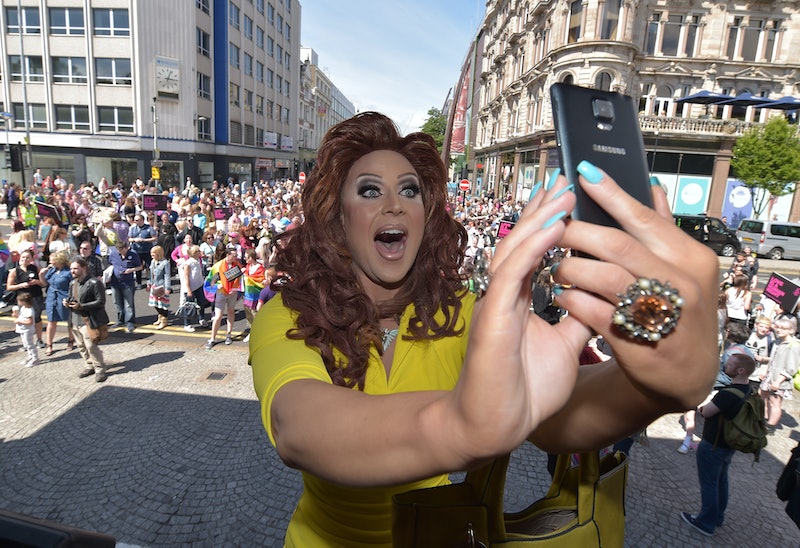 The Supreme Court has officially ruled in favor of same-sex marriage, effectively eliminating marriage discrimination in America. The whole country is rejoicing, with reactions to the same-sex marriage ruling ranging from overjoyed to relieved. SCOTUS' pivotal ruling on the right side of history came six months after they'd issued a statement indicating a decision would be made during this current term. Though this ruling affects the entire country, the case that prompted it spans just four states: Kentucky, Ohio, Michigan and Tennessee. All four state cases were consolidated into Obergefell v Hodges, an Ohio case that originated in 2013 involving a man suffering from ALS wanting his husband listed as his spouse on his death certificate. The couple was legally married in Maryland.

Obergefell v Hodges saw its first Supreme Court arguments on April 28. Arguments in favor of the four state's same-sex marriage bans ranged from fear of negative backlash from citizens used to the traditional structure of marriage to the tired defense of only wanting to honor marriages that may produce a child and are therefore heterosexual only. Arguments against the bans advocate for the dignity of all couples regardless of whether or not they can naturally procreate. Perhaps Justice Sonia Sotomayor said it best when she described freedom to marry as an issue of equality. Says Sotomayor:

I suspect even with us giving gays rights to marry that there's some gay people who will choose not to... Just as there are some heterosexual couples who choose not to marry. So we're not taking anybody's liberty away.

During the arguments, Justice Kennedy appeared torn between changing the definition of an institution that has signified heterosexual unions for thousands of years and not wanting to exclude couples from the right to be married. SCOTUS' decision shows a change of heart for Kennedy and others and has been met with praise around the country.

The United States is allowing all its citizens to express their love equally and in a way that gives them the legal rights they need. Celebrations for the ruling feel like a nationwide engagement party.

More like this
Jujubee’s Humble Reminder
By Sam Ramsden
Megan Barton-Hanson On Bi-Visibility & The Need For LGBTQ+ Love Island
By Sam Ramsden
It Took Me 13 Years To Come Out – Here's What I Learnt Along The Way
By Rose Frimpong
The Families Of Grenfell Tower Are Still Waiting For Justice, Five Years On
By Bustle UK
Get Even More From Bustle — Sign Up For The Newsletter