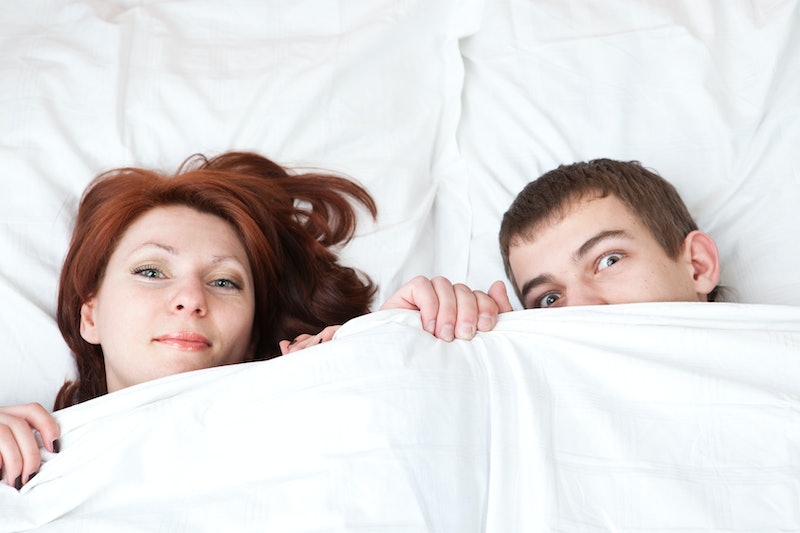 A new study from Utah Valley University looks at what happens when people saving sex for marriage do get married (and get busy). Researchers polled Mormon couples who had practiced abstinence before marriage about how prepared they were for sex and how much sex talk they had with future spouses beforehand. And while most had talked about birth control before marriage, few had talked much about the sex itself.

91 percent of study respondents were members of the Church of Jesus Christ of Latter-day Saints, and respondents were married for an average of 12.3 years. All had practiced abstinence before marriage and 73 percent had been taught abstinence-only sex-ed in school. "People talked about that they just didn’t have enough sexual knowledge going into the relationship,” lead researcher Jeremy Boden told local news station KSL. “One person said, it was like two blind people discussing a painting. They didn’t have any knowledge to pull from.”

According to the study:

It looks a little stark when you put it like that, but think about going into sex with your last partner for the first time. You probably talked about using a condom and whether you were on birth control. You probably didn't talk beforehand about sexual boundaries or whether blow-jobs would be involved. People figure this shit out. Getting the important parts (like family planning) settled before making a commitment like marriage seems pretty crucial. But the other stuff? Maybe these couples didn't talk about foreplay because they were already engaging in it. Maybe they didn't talk about duration or frequency of sex because, really, is that something anyone couple can say in advance? Maybe they didn't talk about what happens if someone turns down sex because they trust their partner will respond like a normal person and not make a big deal of it. I don't know. If these couples been married for an average of over a decade, something seems to have gone right. I guess they figured it out. Communication is key, but sometimes so is not discussing everything to death.