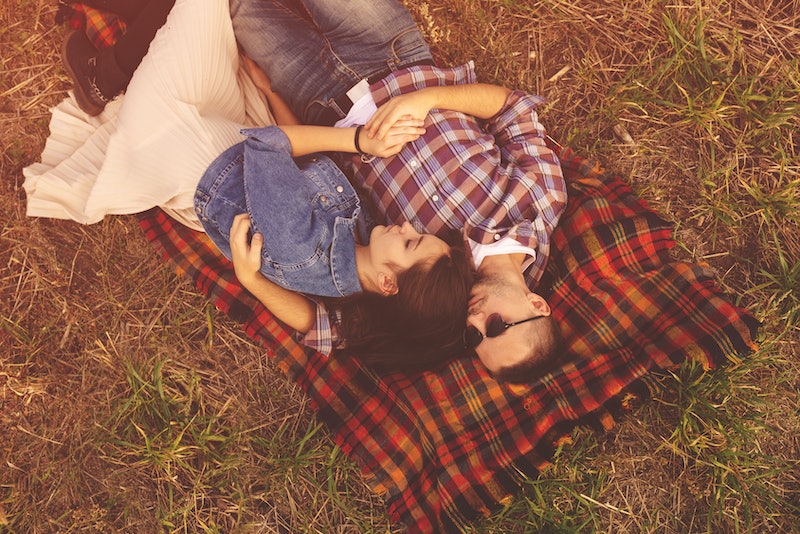 If you asked a heterosexual man what he thinks about the potential reality of a female Viagra pill, I’m willing to bet (not very much though, as I’m not much of a gambler) that nine in 10 of the men polled would be thrilled about the prospect. I happen to be part of this majority for the fact that I’d like to continue writing – and having! – sex as I get older. Also, as I age, pills such as these might be introduced to my girlfriend’s nightstand. And that's fine by me.

With over 20 iterations of the Viagra drug available for men, it’s high time women receive a female version, seeing as sexual dysfunction is not a male-only problem. In fact, in my native Canada, 40 percent of women experience some form of sexual dysfunction, be it the inability to have sexual desires, the possession of a low libido, painful sex, and so on. What’s more is that one in 10 Canadian women can’t even orgasm, which makes this a cross-gender issue, and is further evidence that such a pill is long overdue.

As of last week, the decade-long search for a female equivalent to the iconic blue pill took a major leap forward when government experts successfully sought approval for the drug Flibanserin from the Food and Drug Administration in a 18-6 vote on the condition that Sprout Pharmaceutical better manages the many risks associated with the drug. With these conditions agreed upon, an official decision about the medication is expected to be made later this summer.

What’s interesting about this recent approval is that the FDA has rejected this drug twice since 2010, and the reason for that is quite just. As it stands, the pill is only effective for one in 10 heterosexual women in a very niche market. According to Health specialist Dr. Ali Zentener, this niche lady must be in a stable relationship, not consume alcohol, no longer have sexual desires, and be pre-menopausal, she told news outlets. “The good news about this is at least it has brought to light the issue and hopefully move the conversation forward for other treatments,” she said June 8 — and she’s right. This pill might not be the solution it promises to be, but it is evidence that a female Viagra has become an important topic for research.

As a man, I’m grateful for this pill’s recent approval for many reasons. It might not be the greatest solution to the problem, seeing as the market isn’t as vast as everyone would like it to be, but it’s definitely a step in the right direction. Men may not read news of this pill and find that it benefits them in any way, but it certainly does. With sex, you can’t have one without the other. Meaning: if you’re alone, you’re not having sex — you’re masturbating. If a man happens to have a high sex drive and a woman doesn’t, sex isn’t going to be as good as it can be for either person. Sure, he can give it 100 percent, but they’re only reaching 50 percent of their sexual potential as a couple, which is barely a pass by academic standards, and is inarguably a fail by most people’s sexual standards.

It could be argued that a female Viagra is just as important to men as it is to women, because a lack of sexual desire from either party affects the other. And despite what the many programs on TV and film perpetuate, a guy is not OK with a disinterested woman laying on her back, wanting to get this dreaded pity sex over with so she can go to bed.

Nothing is sexier to me than when a woman is passionate in the bedroom. It makes me feel desired — which, as we all understand, is very important.

Many people have encountered sexual dysfunction to some extent — even if they're a millennial. You can’t tell me a guy hasn’t had a bad case of whiskey dick when you’re naked in bed yearning for him. In turn, there are times when you haven't been in the mood, whether it be from alcohol or something else.

As we age, however, these things are more likely to occur without the aid of alcohol, and fortunately for men, there’s a solution. But with Flibanserin making headway in terms of research and media coverage, perhaps a viable solution to a woman’s sexual foibles will come sooner rather than later.

More like this
12 Aphrodisiac Desserts To Spice Up Your Valentine’s Day
By Kaitlyn Wylde
My Partner Wants Me To Wear A Diaper During Sex. Help!
By Sophia Benoit
TikTok's "Triangle Method" Technique Is The Key To Better Flirting
By Carolyn Steber
12 Active Date Ideas That'll Get You & Your Boo Outside
By Lexi Inks
Get Even More From Bustle — Sign Up For The Newsletter
From hair trends to relationship advice, our daily newsletter has everything you need to sound like a person who’s on TikTok, even if you aren’t.