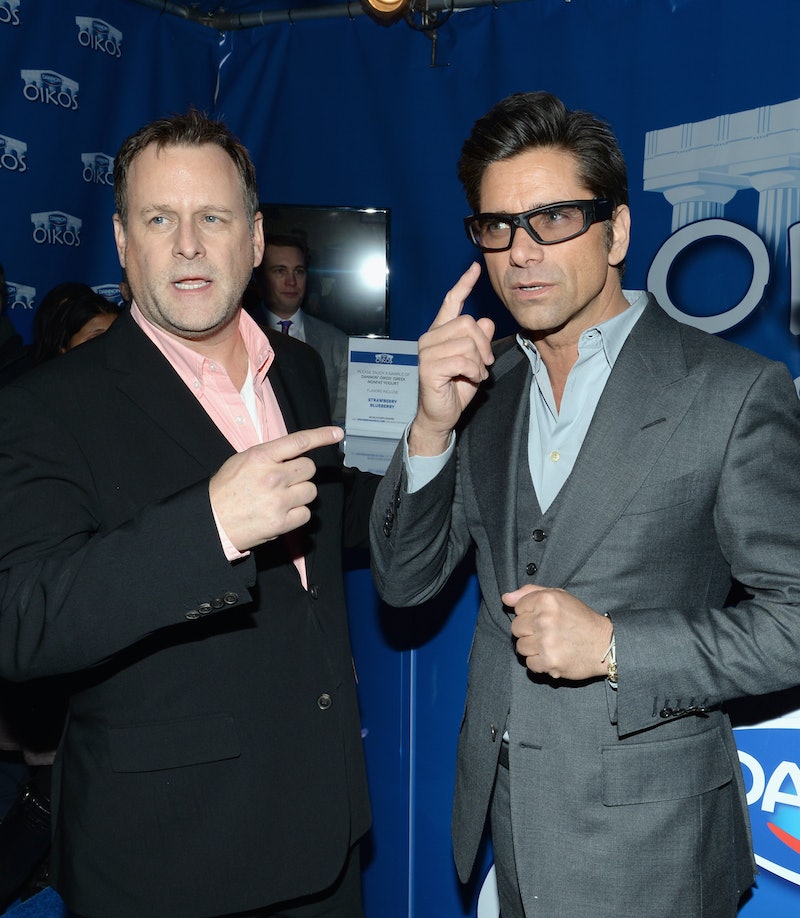 There are a lot of reasons to love Full House, but if two had to top the list, it would have to be Uncle Jesse and Uncle Joey — not necessarily in that order. In fact, Jesse and Joey's arrival to the Tanner household was what started the whole Full House thing in the first place. Joey, Danny's best friend, and Jesse, Danny's late wife's brother, moved into the San Francisco home after Danny's wife Pam passed away in a car accident. Though they were both initially close to Danny and not one another, it quickly became Joey and Jesse who achieved all of our friendship goals... even though the two couldn't be more different.

Jesse and Joey both fulfilled two very contrasting roles in the Tanner household: Jesse was the pseudo-bad boy rocker who obsessed over Elvis Presley and his hair routine. Joey, on the other hand, was an aspiring comic who preferred wacky jokes and woodchuck puppets to late nights at dive bars. Of course, that doesn't mean that they are entirely different — deep down, Joey and Jesse both shared the things that mattered the most. And I've got the venn diagram to prove just how similar the two Full House uncles really were at the end of the day.