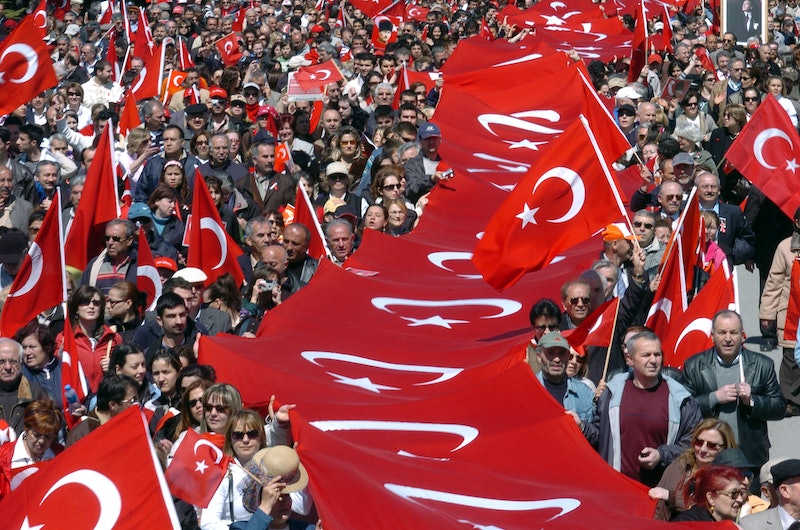 In Turkey, at least 20 protesters have been arrested by police for “terrorist” involvement, in a government crackdown against the ongoing demonstrations across the country.

Turkish anti-terrorism police raided over 30 addresses in Ankara on Tuesday, singling out residents believed to be part of an unnamed terrorist organization, and detaining 20 of them.

Similar arrests were made last week on June 18, when 25 people were arrested in Ankara and 13 others were arrested in Istanbul. So far, four people have died in the demonstrations, and over 7,500 have been wounded, according to the Turkish Medical Association.

Turkish Prime Minister Tayyip Erdogan has repeatedly claimed that protestors are being manipulated by “terrorists”.

Meanwhile, over two thousand demonstrators took to the streets in Istanbul Monday night to protest the fact that a police officer—accused of fatally shooting a protester earlier this month— has been released from custody, pending trial.

Also on Monday, a weird Twitter war raged between the Mayor of Ankara, Ibrahim Melih Gokcek, and the social networking world when he accused a BBC correspondent of being a British spy.

Soon after he tweeted the above, he created the Turkish hashtag #INGILTEREADINAAJANLIKYAPMASELINGIRIT (which basically means "Don't be a spy in the name of England Selin Girit"). The effort backfired, though, when social networkers began retweeting the hashtag #provokatormelihgokçek ("Melih Gokcek is a provocateur") instead.

The Mayor reacted with grace and poise worthy of the government, though, when he responded with the following tweet (in Turkish):

"My lawyer is going to sue everyone one by one who tweets #ProvokatorMelihGokcek No one can get away with anything because Turkey is a country of law."