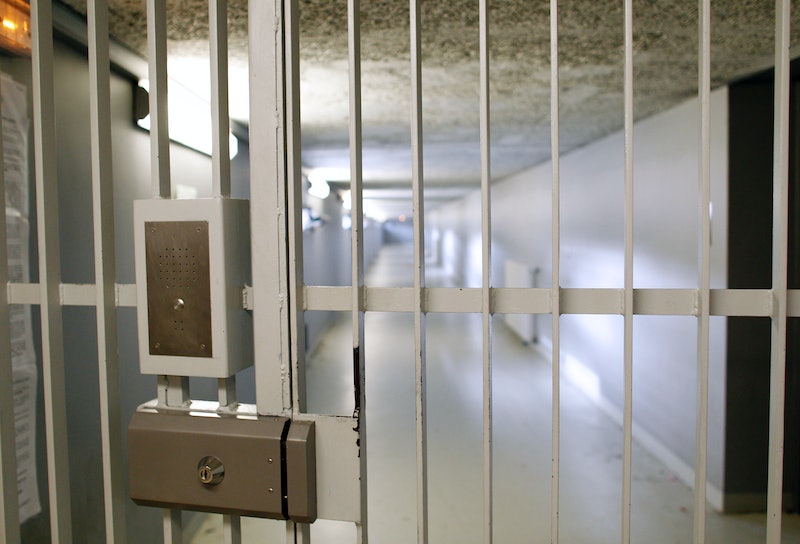 On Tuesday, an Albany, Georgia, woman, Kenlissia Jones, 23, was charged with murder after she took abortion-inducing drugs to end her pregnancy, reported local officials on the case. Authorities reported that the woman was being held at the Dougherty County Jail on charges of malice murder and possession of a dangerous drug, reported the Associated Press. The case, which is currently under investigation, marks the first time in the state's history that a woman had been charged with murder for ending her own pregnancy and has opened up wide debate over whether she can escape conviction and avoid jail. (Update: The murder charges against Jones have now been dropped. She is still facing a misdemeanor charge for possessing a dangerous drug.)

According to court documents, Jones, who was approximately five and a half months pregnant, had broken up with her boyfriend and decided to purchase the drug Cytotec in order to induce labor. The hospital social worker who eventually tipped off police to the incident claimed that Jones had delivered the fetus in the car on the way to the hospital but that the fetus did not survive.

Jones' brother Rico Riggins claimed that the family hadn't even been aware that Jones was pregnant or that she had purchased the four pills over the internet. "My first real reaction was like, 'why is she keeping it away from us?'" said Riggins in an interview with ABC affiliate WJBF. "We lost what would have been a nephew for me. ... And then my sister."

As it currently stands, Georgia law strictly forbids authorities from bringing murder charges against women who have ended their own pregnancies, argued Lynn Paltrow, attorney and executive director of the legal group National Advocates for Pregnant Women, in a statement to the AP on Tuesday.

"We don't believe there is any law in Georgia that allows for the arrest of a woman for the outcome of her pregnancy," explained Paltrow. She added that she and her legal team would be offering their services to Jones pro bono.

In an unusual turn of events, regional pro-life advocates have sided with Paltrow in questioning the legality of Jones' arrest. Georgia Right to Life director Genevieve Wilson queried whether those who arrested Jones knew what they were doing.

"I'm very surprised," Wilson said in a statement to the AP. "I'm thinking that perhaps whoever made the arrest may not have known what the laws really are."

While the charges brought against Jones seem weighty, there is a strong likelihood that her case will be overturned. As Paltrow and Wilson both pointed out, Georgia law currently strictly prohibits prosecution of "any woman with respect to her unborn child," while also defending against illegal prosecution of anyone involved in abortion procedures or aftercare. Coupled with the fact that many of the so-called "feticide" laws were initially implemented in direct response to narratives like that of California woman Laci Peterson, whose husband, Scott, was found guilty of murdering her while she was seven months pregnant, and not in response to abortion laws, the case against Jones continues to unravel.

The one bleak spot on the radar, of course, is the recent case of Purvi Patel, a 33-year-old Indiana woman who was convicted of feticide in March and sentenced to 20 years in prison. Patel was accused of ordering abortion inducting drugs in July 2014 and delivering the stillborn fetus at home before driving to a nearby hospital to stop the bleeding. Patel eventually admitted to the hospital staff that she had suffered a miscarriage and, after noting that the fetus was not breathing, placed it in a dumpster nearby.

Judge Elizabeth Hurley, who presided over the Patel's prosecution, accused Patel of treating the fetus "literally as a piece of trash" and argued after Patel's conviction that her actions following the birth had sealed her fate. But Patel's supporters disagreed.

Patel, they argued, could not legally be charged with both felony neglect and feticide in the same sweep, as the court had instructed. It was a mind boggling web of disproportionate and questionable litigation. As the Indiana Religious Coalition for Reproductive Choice explained to Bustle back in March following Patel's conviction, "The sentence for feticide demonstrates that the application of the feticide statute in Indiana is being expanded to criminalize obstetric emergencies, unhealthy behavior, and self-abortion with online or alternative abortifacients."

But Patel's case was one of only a few tried here in the U.S. — and with the controversial accuracy of the current charges being brought against Jones, it's likely that the courts will weigh their options more carefully this time to avoid legal catastrophe.

It also means that the courts will put up a good fight.

"Right to life... abortions... who makes those decisions?" said Dougherty County District Attorney Greg Edwards in a statement, adding that he intended to take the case up with a grand jury as quickly as possible in order to determine the legality of the case, the first of its kind in the state. "It is an issue that, again, has a lot of particular issues that we are going to need to evaluate."

Whether or not Jones is set free or fixed with overblown accusations for the next year remains to be determined. Her outlook at the moment, given the current legal jargon and the wavering history of feticide cases and others like it in the United States, may give her counsel reason to rejoice temporarily. Certainly, when you have both pro-choice and pro-life advocates arguing in your defense, it's a good sign — but that doesn't mean the charges against her are any less intrusive.