My crush on Chris Pratt knows no bounds. He is hilarious, sweet, endearing, and absolutely in love with his wife and son. And not only that, he is also about to rock a leather vest and star in the sequel to my favorite series of dinosaur (or any) films, which I have been obsessed with since elementary school, when Jurassic World opens on June 12. Pratt pretty much sky rocketed to a household name after his lead role in Guardians of the Galaxy. Oh, and did you know Chris Pratt is also a pretty good singer? Of course he is.

The actor is a man of many talents and it seems like music runs in his blood. On Tuesday night, he was caught jumping on stage to sing along with Jimmy Buffett at the Jurassic World premiere after-party, and I have to say, he looked might comfortable with that microphone. In fact, after seeing this video, I wondered if he's ever shared his musical talents before.

Well, he has indeed been known to drop a little verse here and there. Here are some of the times Chris Pratt showed off his love for singing and dancing, and proved he is pretty much perfect. 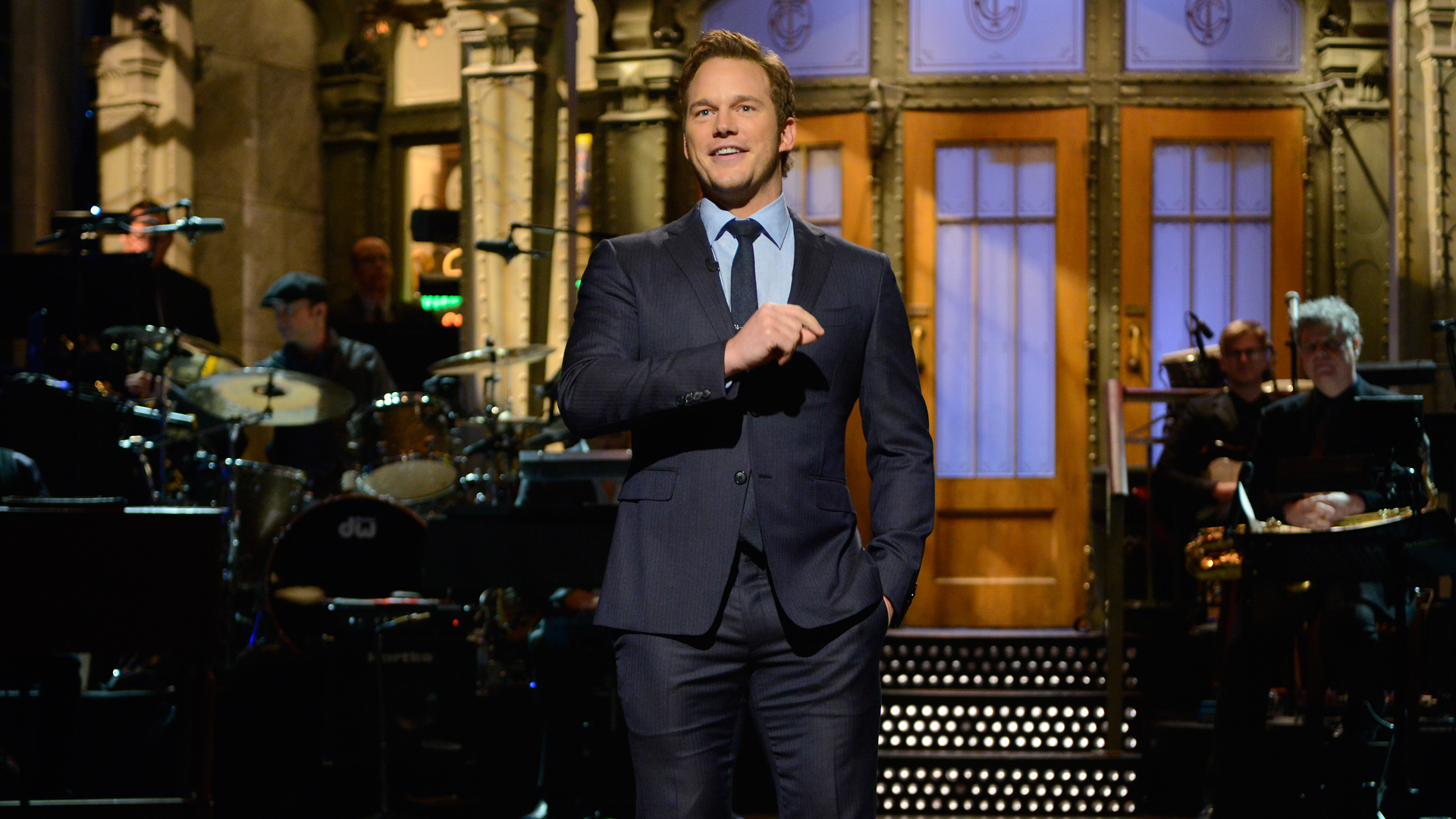 Ugh, he's so cute singing this song to "that hottie in the audience there."

Jimmy Fallon can bring out the singer in anyone, and Pratt killed it with "Uptown Funk."

Sharing His Favorite Track From The Guardians Of The Galaxy Soundtrack

He pulls off those riffs in The Five Stairsteps' "O-h-h Child" oh so smoothly.

Giving Eminem A Run For His Money

The DJs looked properly impressed at his skills.

I'm just going to leave this here so you can stare at it for a bit.

Pratt got very misty eyed when he and the cast of Parks and Recreation sang along to "5,000 Candles In The Wind" (the song his character, Andy Dwyer, wrote for Pawnee's deceased miniature horse) at their finale wrap party.

Making The Jurassic Park Theme His Own

Did I make you fall even more in love with him yet?