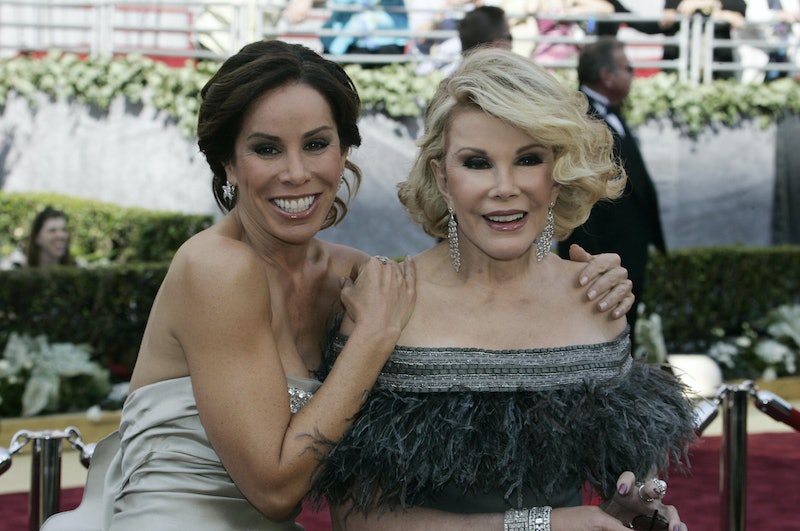 E! is keeping it in the family with its latest host pick for the recently controversial series Fashion Police. According to the New York Daily News, Fashion Police's new host will be Melissa Rivers, daughter of former host Joan Rivers. Following Rivers' unexpected death last September, the show has hit a rough patch that Melissa Rivers, who also serves as an executive producer, will attempt to overcome.

In addition to a new host, Fashion Police will feature a panel of celebrity guests that will rotate with each new episode. The show begins filming Aug. 31, and Rivers has signed on for six episodes to start.

Along with a new host and format, the show will return in September with a revamped set. The panels will feature fresh faces viewers haven't seen before (Wendy Williams is rumored to be considering an appearance), all moderated by Melissa Rivers. And who better than Joan Rivers' daughter to continue her legacy?

More like this
10 Miranda Hobbes’ Looks From 'SATC' That Were Totally Overlooked
By Allie Fasanella
What’s New On Netflix: Lana Condor’s Ghostly Comedy & A Sexy Reality Series
By Arya Roshanian
Here’s Everything Coming To & Leaving Netflix In July
By Grace Wehniainen
Paramount+ Wants To Take Over Your Netflix
By Sophie McEvoy
Get Even More From Bustle — Sign Up For The Newsletter