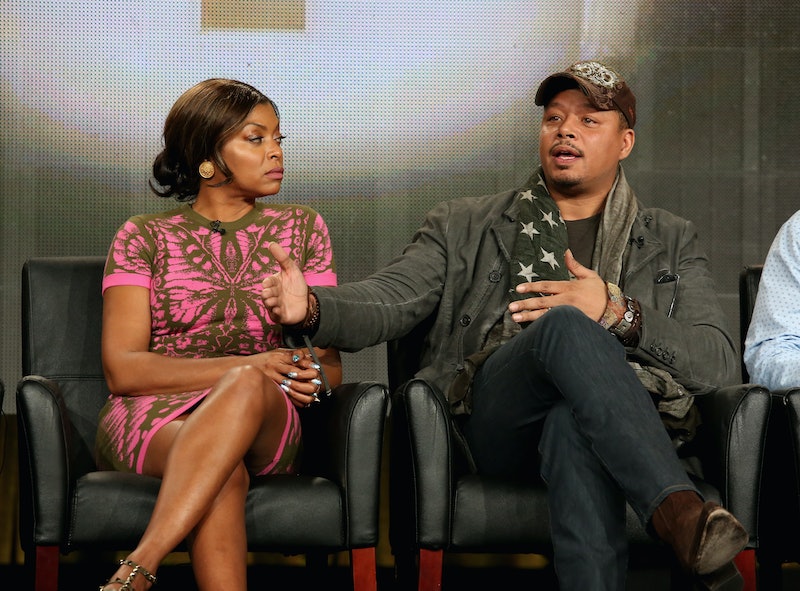 It's always fun when a show transcends television and becomes an interactive event. There are some shows that you cannot help but watch while also sharing your thoughts and reading other people's reactions on social media. Empire is one of those shows. When I tune into the Lyon family's antics, I just have to have Twitter open from start to finish. I post my live reactions. I search the active hash tags. I laugh at the instantaneous meme creation. I have conversations with people I've never met. And it's all about Empire, because the show really brings fans together.

And us civilians aren't the only ones who sound off about the show online. Many celebs are also big fans of Empire, and they are not shy about sharing their opinions, either. You see, celebrities are just like us — well, not really, but in this instance we definitely have something in common with the stars.

So, who tweeted about the show's first season? There's actually quite a few celebs who loved talking about the drama, and who I hope will return for Season 2. Which of your favorite stars cannot help tweeting and Instagramming their Empire reactions? Let's check out the posts and find out.

You were not the only one freaking out during this moment. Ariana Grande felt your same level of excitement.

Kerry Washington may be on an addictive TV show of her own, but that doesn't mean that she can't fan out over Empire the way we all do.

Snoop Dogg got into Empire right from the beginning with his opinionated Instagrams and tweets.

The actress was very invested in Hakeem's life with this tweet.

It only took one episode to get Finesse Mitchell on board and addicted.

Cookie got Star Jones laughing right from the very beginning just like she did to the rest of us fans.

If you follow Kenya Moore, you know that she live tweets pretty much every episode. "Fan" is an understatement in this case.

Keep it coming for Season 2, everyone!

More like this
What Is Ariana Grande's Net Worth? When It Comes To Money, She Has No “Problem”
By Hugh McIntyre
No, Armie Hammer Isn't Working As A Concierge In The Cayman Islands
By Jake Viswanath
EJ Marcus Runs The Most Wholesome Corner Of TikTok
By Alexis Morillo
Noah Schnapp Is Setting Up Doja Cat With 'Stranger Things' Co-Star Joseph Quinn
By Jake Viswanath
Get Even More From Bustle — Sign Up For The Newsletter