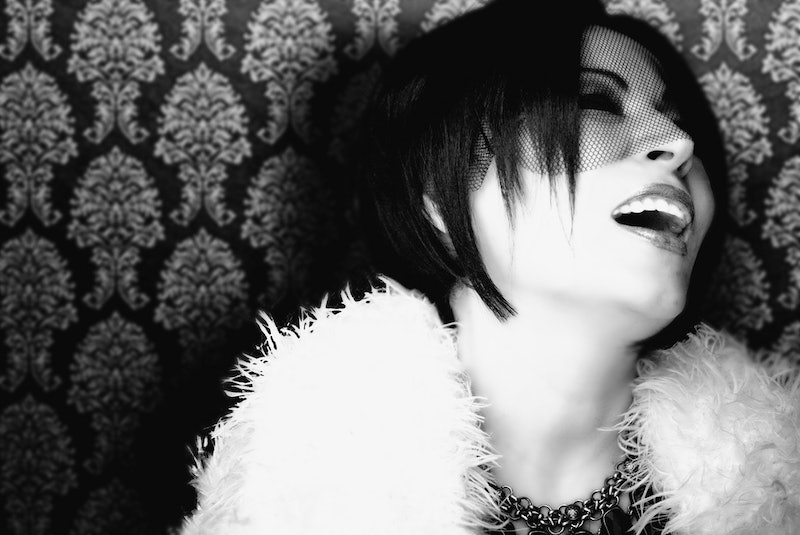 OK, ladies. I think most of you probably know by now that faking an orgasm isn’t a great idea, right? The number one reason, of course, is that it encourages bad behavior: if your partner thinks that the things they’re doing are bringing you to a screaming finale when in reality you’d rather be like, eating a Little Debbie cake, than you’re just going to keep having bad sex. I know it can be hard to ask for what you want but trust me: it’s worth it.

But… Some of you probably still do it. I know, I know; I’ll even admit that I’ve been there myself. Sometimes you don’t want to hurt your partner’s feelings or you just want to wrap things up. Sometimes you just know you’re not going to come and rather than have a big, annoying talk about it post-sex, you’d rather just fake it and get on with it. I get it, I do. I still think it’s a bad idea and I’ve discovered purely anecdotally that it’s a problem that seems to go away as you get older and more confident about sex but find me ten women in a room of a hundred who have never faked it and I’ll find you a unicorn to take home as a pet.

Also, while you may think that you have been or are getting away with it, your body is actually giving you away. If you have a partner who’s attuned to this kind of stuff, your fake orgasms may not be passing muster as well as you assumed they were. Here are five ways that your body is revealing the truth behind your theatrics.

You’ve probably heard the phrase, “toe-curling,” right? That’s because when you come, your toes actually do curl. If those toes are straight, it’s a dead giveaway that you’re probably exaggerating the climax.

I was listening to Dan Savage’s Lovecast a couple of weeks ago and a woman called in asking if it was “normal” that her vagina clenched her boyfriend’s penis really hard when she came. I wanted to jump through the earphones and time and be like, “Girl! Yes! That is awesome!” When you have an orgasm, the muscles in your vagina clench. While that’s certainly something you can fake, you’d best be up on you kegels and your rhythm, girl.

When you’re building up to that crescendo, your breathing starts getting faster and faster. With a real orgasm, it takes a minute to catch your breath. But with a fake orgasm, you’re not actually out of breath, so your breathing goes back to normal more quickly.

4. Your face and chest aren’t flushed

I don’t know about you, ladies, but I know that personally my normally ivory white chest and face go bright red when I get off. My boyfriend, who is black and therefore isn’t afflicted by this orgasm rash, thinks it’s hilarious. While a whole lot of your blood gets redirected to your nether regions when you come, a flushed face and chest are a sure sign of orgasm, at least in those of us who are of the paler variety.

In addition to the toe curling and pelvic muscle clenching and chest flushing, eyes dilating are a sure sign of orgasm. In fact, larger pupils are such a sure sign of orgasm that Italian ladies back during the Renaissance would use eyedrops of the herb belladonna to get that post-orgasm wide-eyed look. Even today, models in advertisements will often have dilated pupils to entice you to buy whatever they’re selling.