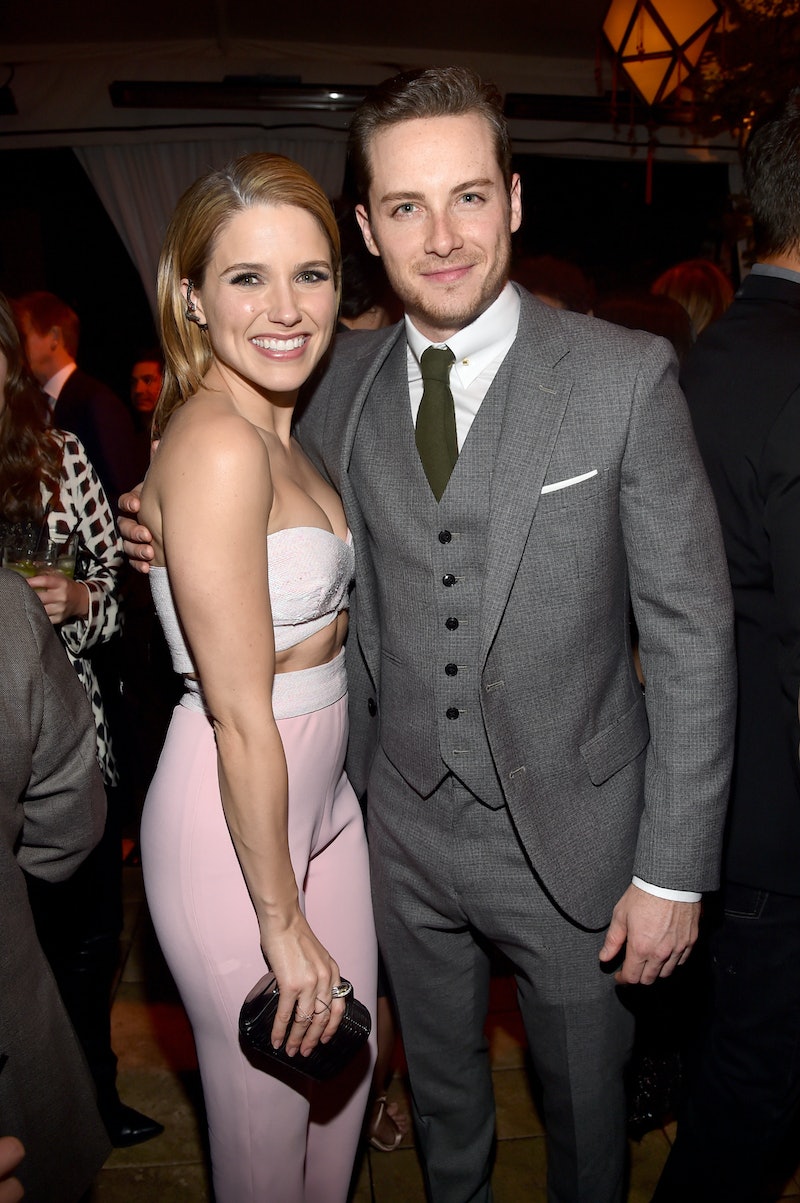 There are just some celebrities that you love so much that, when they suffer, it feels like you are suffering, too. Such is the case with the actress formerly known as Brooke Davis. According to Just Jared and E! News, Sophia Bush and boyfriend Jesse Lee Soffer have broken up, though there is no confirmed reason for the split or any further details coming from the notoriously private pair. When they were dating, they managed to keep their relationship quiet for months before rumors stated in August 2014, and now the couple has called it quits a few months shy of their first (public) anniversary. I practically grew up addicted to One Tree Hill, so despite the fact that Bush is not actually B. Davis, I still feel like she is my best friend and that her setbacks are my setbacks.

But Brooke Davis went through breakups all the time on OTH. Aside from that whole repeated Lucas Scott snafu, she had some trouble finding the right guy for her for the longest time. She got her heart broken a lot, but she always found some way to put it back together again, keeping her head high and her smile on her face. While I'm sure Bush might be in low spirits right now, there are some cues she can take from her former role that will help her feel 100 percent cheerful once more.

This sole phrase defined Brooke Davis, so much so that she made a pun of it when it came time to name her clothing line (Clothes Over Bros, anyone?). In times of boy trouble, remembering that boyfriends come and go but your gal pals last a lifetime will get you through your breakup sadness. As will a hug from one of those gal pals.

2. You Are Always Good Enough

Brooke struggled with her self-esteem throughout the series, as the child of negligent parents who always came in second best to the first guy she'd ever fallen in love with, and who ended up being more of a girl you party with than a girl you see yourself with forever. However, she found the love and the family that she had always wanted in the end, and she slowly grew into a confident woman who knew her value — an important lesson to retain when dealing with a breakup.

Then, once the screaming is over, put on some Spice Girls and start busting a move at your house party. Get the good endorphins flowing. You don't need a man. What you need is to learn all the dance moves to Beyoncé's "Single Ladies (Put a Ring on It)."

5. When In Doubt, Ice Cream

After a breakup, it's always difficult to put yourself back out there and try again with someone new. However, Bush is one of the best and most inspirational celebrities out there, so, like Brooke Davis, all she has to do is be herself, give herself some time, and when she's ready and when she's looking, she'll find love again. Until then, these Brooke Davis tips on getting over a breakup might just help her at such a rough time.

More like this
Adele Says It Would Be “Wonderful” To Have Kids With Boyfriend Rich Paul
By Jake Viswanath
Who Is Betty Who Dating? The Australian Singer Is Married To Her Tour Photographer
By Radhika Menon
Lizzo Proved She’s Team Jeremiah During Her ‘The Summer I Turned Pretty’ Review
By Grace Wehniainen
Rihanna Is America's Youngest Self-Made Woman Billionaire, According To 'Forbes'
By Hugh McIntyre
Get Even More From Bustle — Sign Up For The Newsletter