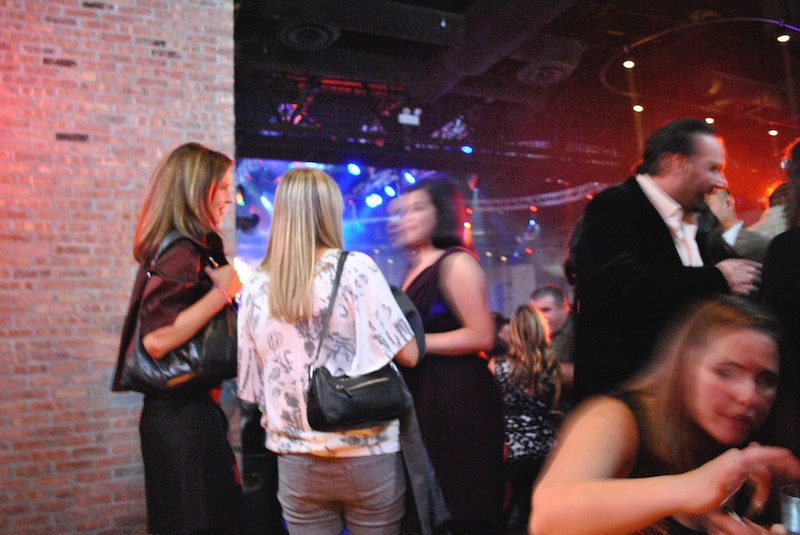 If you graduated high school in 2000, 2005, 2010, or some other multiple of five (or any other year if you're just full of school spirit), you probably either skipped out on or attended a high school reunion recently. To find out how people felt about their reunions, Eventbrite polled over 2,400 of the people who used its platform to attend a reunion — a group that's growing 34 percent annually — over the past year.

In addition to asking why people attended their reunions and how they went, Eventbrite created a "Throwback Machine" that tells people about their high school days based on graduation year. For example, after I entered "2008," the Throwback Machine reminded me that this was the year "New York Governor Eliot Spitzer was caught fraternizing with an 'elite escort,'" that my classmates were probably "cranking back to Soulja Boy (Yoooouuuu!)" at prom (and pretending we had no idea what it was about, I might add), and that "Apologize" by Timbaland featuring OneRepublic was on the radio (and now the lyrics "it's too late to 'pologize" will be playing through my head for the duration of the day).

Here are some interesting facts from Eventbrite's research:

1. Online and offline reunions feed off each other.

Rather than flipping through old yearbooks, most of us are probably clicking through Facebook photos to reminisce on our high school days. Some of us even have Facebook groups for our classes. Accordingly, our invitations often come in the form of emails or Facebook events. So, it's not surprising that 47 percent of attendees who use Facebook said their online connections to former classmates made them feel more prepared for their reunions. And after the reunion, 54 percent added three or more fellow attendees on Facebook.

2. When asked what makes for an ideal reunion, alcohol came in first.

Perhaps in order to dissolve the awkwardness of encountering high school archenemies, 94 percent of respondents said the ideal reunion serves alcohol. Photos and videos came in second, with 89 percent of attendees considering them a necessary component of an ideal reunion, followed by meeting former teachers at 78 percent and dancing at 67 percent (perhaps not as popular as the others because... homecoming dance flashbacks, anyone?).

3. The least popular preferences were kids and speeches.

Most of us will take relief that the "most changed for the better since high school" award isn't an actual thing, because 73 percent of reunion-goers said the ideal reunion is speech-free. In addition, most (84 percent) would like to keep their reunions child-free (just in case they can't find their clothes during a surprise speech).

4. People are split on the ideal season but agree that reunions should be nighttime events.

The time-of-day preference of 92 percent of participants may have to do with wanting an excuse to exercise their alcohol proclivity. Surprisingly, while most of us think of reunions as summer events, 46 percent preferred their reunions be held in the fall.

5. Most alums don't regret attending their reunions and would attend the next one.

After all those nightmares about our teachers discovering we don't remember the Gettysburg Address or how to take an antiderivative, the people who bullied us spreading whole new rumors about our adult lives around the dance floor, or the people we bullied plotting their revenge, things tend to turn out pretty okay. Phew! That was a close call.