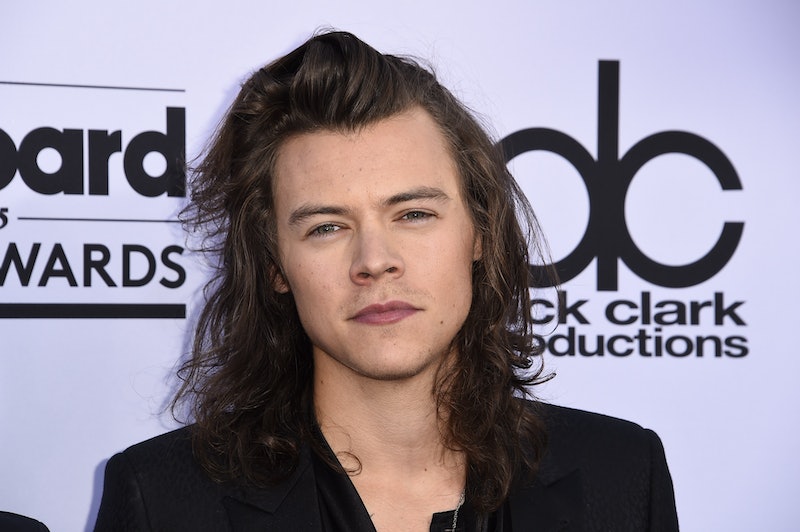 The latest rumor on the One Direction circuit is a doozy and, if this rumor turns out to be true, it could change everything. A friend of the band told People: "The boys know that by sticking together they can still pursue everything they want to do as a foursome, as well as individually." Yes, One Direction might pursue solo careers alongside their boy band endeavors and I’m super into the idea of a Harry Styles solo career.

Though Louis, Niall, and Liam (oh yeah, and Zayn) would all be excellent solo artists, there's something about the idea of Harry taking the world by storm on his own that I find particularly exciting.

Breaking off from such a successful boy band is a risky endeavor, though. When you've been an integral part of one of the biggest boy bands in the world, it seems like it might be difficult to re-brand yourself as a solo artist.

However, if anyone is suited for the solo life, it's Harry Styles. Though you might be hesitant to see One Direction pursue solo careers lest it lead to their demise, here are a handful of reasons why a Harry Styles solo career can (and should) happen.

Last year, in an interview with Daily Star, Simon Cowell confessed that he expected the band to go their separate ways sooner rather than later.

He Has A Huge Following

Harry Styles' fanbase is diverse and passionate. Harry Styles has more followers than One Direction on both Instagram and Twitter. He would undoubtedly have a massive support system if he were to embark upon a solo career.

One Direction Holds Him Back Too Much

Harry Styles is to One Direction as Justin Timberlake was to *NSYNC — great as a part of the band but even more magnificent on his own.

The Time of The Boy Band Is Coming To an End

Boy bands go in and out of vogue and I think it's high time we closed out this decade's boy band phase with the boy band to end all boy bands.

He'll Get To Make His Voice Stand Out

After working in harmony with four other artistic souls for so long, Harry would finally get to explore his own sound and unique style.