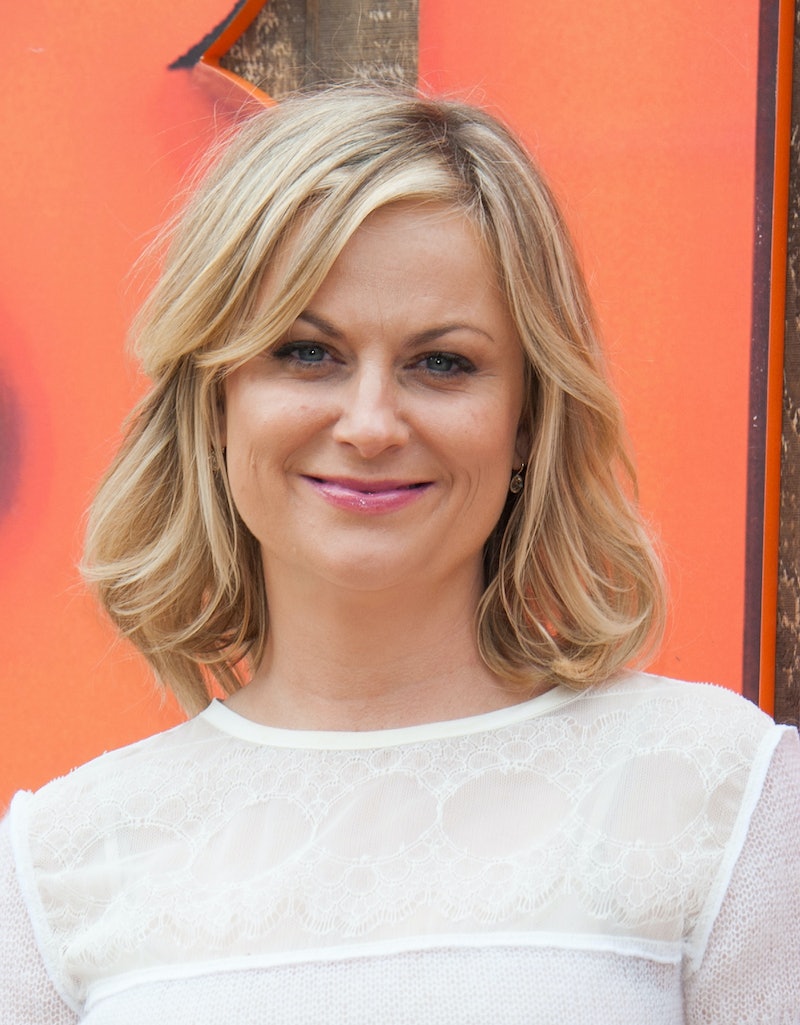 I've literally never met a person in my life who doesn't love Amy Poehler — and why wouldn't you? She's incredibly talented, hilarious, and down-to-earth. Frankly, there's really not a lot not to love. I love watching her in every single project she takes on, which is why I was so excited when I heard that she's in talks to sign on in the upcoming New Line comedy, The House . Will Ferrell is already on board, and Poehler would be playing his wife. A Saturday Night Live duo reunited for a comedy about gambling? Uh, hurry up and sign on the dotted line, Poehler!

The House is about a married couple that starts an illegal casino in their basement with the help of their neighbors, all because they lost their daughter's college fund through unknown circumstances. Can you not already picture the genius? If you're not already convinced, you should know that Ferrell is co-producing the movie with comedy mainstay Adam McKay, whose name you'll recognize from movies like Step-Brothers, Anchorman, and about a million more. Have I said enough yet?

While the deal isn't official yet, I'll be keeping my fingers crossed for Poehler to sign on to The House ASAP. It would be way too amazing.

She's The Perfect Balance For Ferrell

One of Poehler's great comedic talents is that she can balance pretty much any actor she's playing against. If Ferrell's character is more outlandish, Poehler does the straight man SO well. If he's the straight man, Poehler can pull out all the stops with ridiculous hilarity.

I mean, right? Sure, some comedians who've come from Saturday Night Live haven't done all that well in the movie world, but there are some who took to the big screen like a fish to water, and both Poehler and Ferrell qualify here. I grew up watching these two on Saturday nights, so seeing them do bigger and better things is always exciting.

Can't You Just See Her Shuffling Cards At A Blackjack Table?

I don't know why this visual is in my head, but it is, so can we just go with it? She's little and spritely and I can totally see her as the blackjack dealer in her basement casino. The options for hilariousness are endless here. Go with it.

She's Got An Opening In Her Schedule... For Now

A quick peek at Poehler's IMDB page shows that she has nothing on tap just yet for 2016. Given that The House is still in development, it definitely won't be out this year, so the quicker they get Poehler on board, the better. Her schedule is likely to fill up quickly, so the time is right!

Seriously, is there any other reason? I think not. Poehler makes everything she does just that much better, so any movie that has her in it is bound to be really, really good. Let's get this thing going!