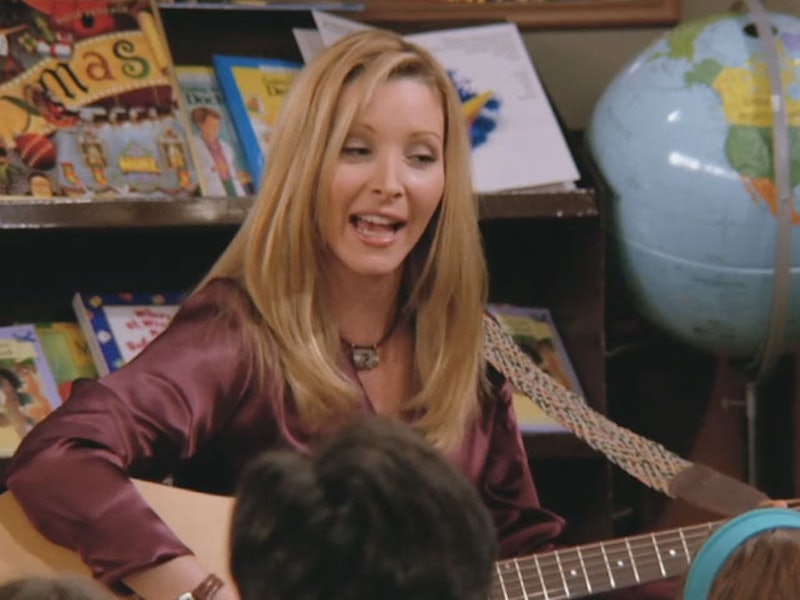 All six characters on Friends are near and dear to my heart — but if I had to choose one of them to be my own BFF, it would have to be Phoebe Buffay. The masseuse/part-time coffee shop musician is certainly wacky, but it's her wackiness that makes her so darn lovable. She operates on an entirely different plane than the rest of the gang. (Can you really see Monica adopting a stray cat because she thinks it holds the soul of her dead relative? No, but Phoebe did!) And, while that often means she's seen as the loopy one, Friends' Phoebe is a surprisingly more stable adult than anyone gives her credit for being. After all, it takes a special kind of person to see the sunshine in life after you grew up on the streets after your mother's suicide — just as it takes a special kind of person to have a general good faith in people despite your own twin sister wanting nothing to do with you. We could all stand to learn a thing or two from Phoebe.

Luckily for fans, Phoebe is super quotable, too. Let Phoebe's words guide you through your rough days. (When that fails, well, we'll always have the chorus of "Smelly Cat" to hum.) Here are the best Phoebe quotes that perfectly apply to any of life's challenges:

1. When Your Friend Will Not Stop Talking About Her Crush On That Barista

Call me when he actually asks you out.

2. When Your Friend Tells You She Doesn't Have Cab Fare... Again

And this is why we download the Uber app, people!

3. When Your Ex Calls And You Need A Way To Shut Him Down

Because you can only text him Taylor Swift's "We Are Never Getting Back Together" video so many times.

4. When You Desperately Want Your Friends To Change The Subject

You can talk about your friend's new gluten-free diet for so long. You're only human, after all!

5. When Your Roommate Needs A Stern Talking-To About Tidiness

And, really, why are her clothes in the common space, anyway?

6. When Your Friend Is Watching The New Episode Of Game Of Thrones Without You

You're still two episodes behind so NO SPOILERS PLEASE.

7. When You're Trying To Explain Tinder To Your Mom

In other words, "Don't worry, Mom, I'm not going to marry Mr. Facial Tattoos... but he can buy me pizza."

8. When You Want To Watch Netflix All Night

Oh, darn, is your comedy show tonight? I have very important plans.

9. When A Creeper Introduces Himself At The Bar

(Note: If he actually gets your Friends reference, consider reevaluating his creeper status.)

Utilize these quotes, and I guarantee: You will be your best self just like Pheebs.