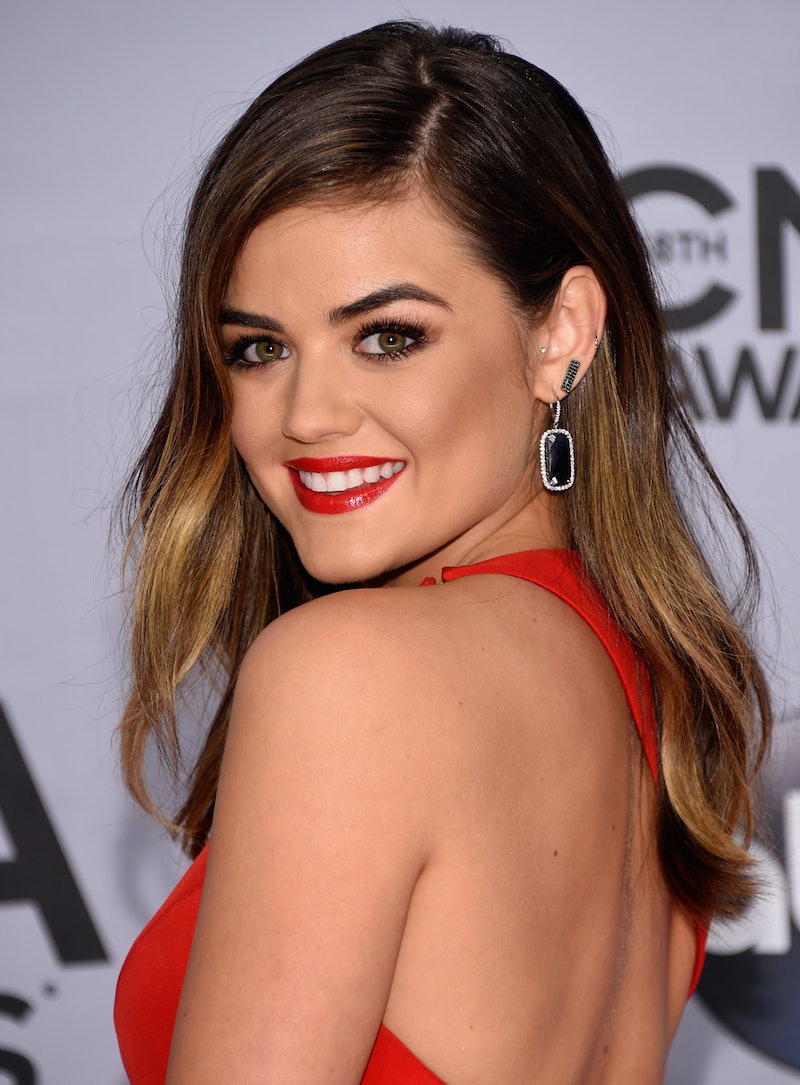 When she's not busy slaying the red carpet or taking over Hollywood, though, Hale wants you to know that she's just a regular human who spends her weekends buying unnecessary items online and watching way too much TV. Hale's Twitter feed is an endless ode to Netflix, doughnuts, and her dog, with the occasional PLL plug and photo of a fan-made PLL-themed pizza, but it's mostly dogs and doughnuts, which is why she's kind of perfect.

Take a moment to bask in the beauty of Lucy Hale's Twitter page and know that you're living your best life right now because the star and her dog are here to make everything OK. Here are some of Hale's best, most relatable tweets that proves she understands your life right now:

When she shared this golden nugget of armchair philosophy:

When she took this moment of shameless puppy worship:

On my way to steal your dog.

When she was thoroughly freaked out by a specter of the past:

Moments before he evaporated into the ether once again.

When she said the only thing really worth noting about "The Dress":

Everyone, admit it: it's an ugly dress.

When she started her day with a rom-com:

And later regretted that decision.

When she relished in the joy of the best day of the week:

While wishing it were the only day of the week.

When her weekend sounded a lot like your weekend:

The only way to do the weekend.

When she stated this very real personal vendetta against flip flops:

They're actually the worst.

When she had this disturbing incident involving sub-par hummus:

The moral of the story: never let recalled hummus deter you from achieving your snack goals.