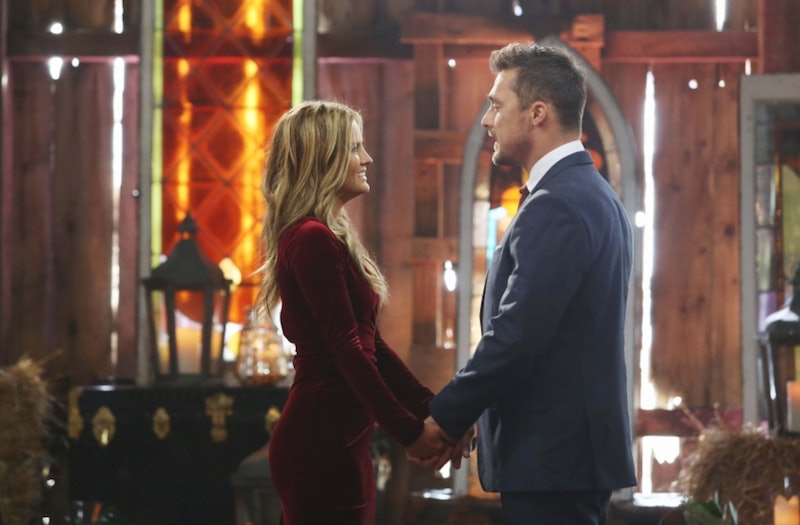 Bachelor Nation was devastated by the news that Chris Soules and Whitney Bischoff ended their engagement after just a few months. But, that does mean that Chris Soules is single again, and it gives me the opportunity to see which other former Bachelor ladies Chris Soules should try to date next. (The Bachelor community is known for dating within the group.) But, before I start playing matchmaker with our beloved farmer, what happened with Chris and Whitney, and where have they been since their split?

I wouldn't be surprised if their breakup had to do with Arlington and the fact that Whitney would have had to give up her life in Chicago to be with Chris. You really have to be 100 percent certain on that decision, or it's not going to work. Since their breakup (and according to Instagram), Chris has quietly gone back to Iowa where he’s been hanging out on his farm, visiting sick kids in the hospital, and apparently watching Field of Dreams. Meanwhile, Whitney has been off hanging with her fellow Bachelor ladies. According to her Instagram, she has spent time with Andi Dorfman, and recently went out drinking with Kaitlyn Bristowe. At least she’s living up that single life.

So, what’s next for Chris? Here are some other ladies he should consider going after in the Bachelor franchise.

I wanted Chris Soules to pick Becca over Whitney, so he should give Becca a call, because she’s great and I thought they made way more sense than him and Whitney. Becca was probably the only person who was honest about her feelings and refused to rush into something even though it cost her the relationship. Chris should get on a plane and go to her and try to work things out.

Sarah has always been one of my all time favorite Bachelor contestants. She’s super nice and always genuine. I feel like she and Chris would get along pretty well. Do I see them together forever? Meh, probably not, but they would make a good couple for a little while.

I’ve always liked Jillian, and I think that she and Chris would be really cute together. They are both successful and around the same age, so they are probably looking for similar things. Plus, she kind of seems like she could fit in in Arlington, Iowa.

She would probably love to raise horses on Chris’ farm, and have all the space in the world to ride. Could be a great match!

If Bachelor in Paradise doesn't work out for her, she should meet up with Chris Soules. Their children would literally be the cutest babies in the whole world. She seems super outdoorsy and a great match for a single dude living in the midwest.

Nikki grew up in Missouri, which means that she knows what living in in the midwest is like and could probably handle it. She also loves a good country concert!

Kathryn was on Jake Pavelka’s season, and, while she made it far, she’s a little less known. But, she's still super cute. She’s from Kentucky and really into college sports. Basically, she seems like a country girl who would probably work really well with Chris.

Clare is a total badass. I feel like no matter who she dates, it will be on her terms and she will run the damn show, as she should. Chris could use a woman in charge in his life.

I feel like Juelia was super sweet and really didn’t get the chance she deserved on Chris’ season. Yes, she has a daughter, and I feel like that was part of the reason he let her go home, but he should consider giving her another chance.