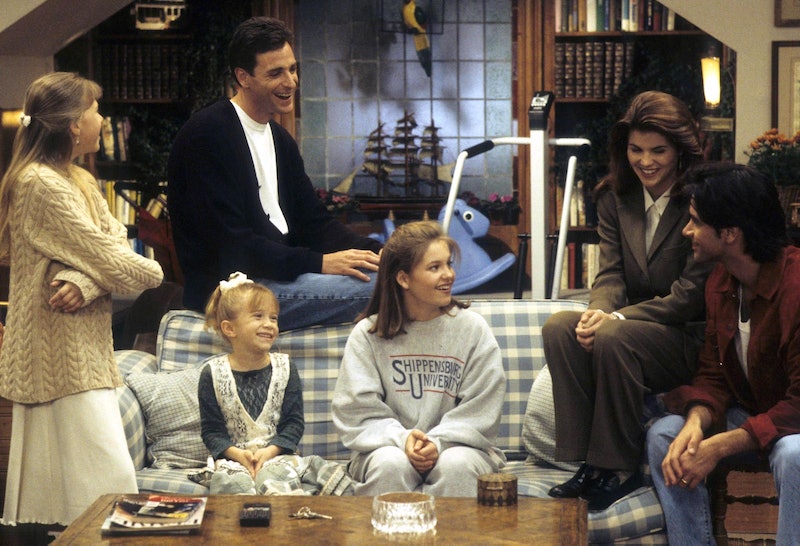 As one of the best family sitcoms of the '90s, Full House is known for its perfectly '90s fashion, classic catchphrases, and, most importantly, its countless life lessons. No matter what the premise was, every Full House episode followed a simple format: the Tanner girls would get into some sort of trouble, and the adults would offer their advice. The scenarios for each girl were always different, and the advice on Full House that the adults gave always varied, but nevertheless, it would always end with sentimental music cueing that the moral of the story for the girls and the viewers. But, every so often, it was the adults that needed to learn a lesson.

It might come as a shock that an overly compulsive dad, a childish best friend, and a rock star uncle would ever need to be taught a lesson, but, mind you, it did happen at least once or twice in the series. Sometimes, when the adults' lives would fall into disarray, it was the kids who stepped in to give some sound advice. From fashion sense to understanding the younger generation, the Tanner girls helped give the adults a fresh outlook on life. Because sometimes the kids taught the adults just as much as the adults taught them.

After snooping in her room, Danny discovers that DJ.. is being made fun of at school. When he tries to take matters into his own hands, D.J. reminds him that she is not a little girl anymore, and that she is able to work out problems on her own.

After Danny is named Bay City magazine’s bachelor of the month, his countless dates every night make Michelle feel left out. Eventually, she helps him realize the importance of his dad duties, and he gets better at balancing out his dating life with his dadding life.

3. When Jesse and Becky Fail To Discipline the Twins

When Nicky and Alex's behavioral problems lead to the destruction of Michelle's science project, Michelle tells Jesse and Becky that they need to start punishing the twins for their actions.

4. When Danny and Vicky Get Into a Fight

After Danny and Vicky get into an argument, Stephanie and Michelle fake an emergency to get them back together so they can work out their issues. As The Parent Trap taught us, sometimes grownups need a little help working out their own love lives.

5. When Danny and Jesse Try to Teach D.J. How to Drive

Danny and Jesse's driving lessons end up doing more harm than good when D.J. becomes so nervous that she scratches her car. In the end, they both realize that they need to just let her go and do her learning in peace.

6. When Jesse Takes Over Stephanie’s Band

When Stephanie creates her own girl band with Gia and Kimmy, Jesse ends up sucking all the fun out of it when he becomes their manager. In the end, both Stephanie and Jesse realize that compromise is the key to success.

7. When Danny Judges Viper By His Appearance

When a snooping Danny sees D.J. kissing Jesse's new band member, he becomes furious. Eventually, D.J. sits him down and helps him realize that there is a lot more to Viper than his rock star image. He is actually a really sweet guy. All of this and more was what made Full House such an amazing show. The children learned, the adults learned, and we, as the captive audience, learned as well.