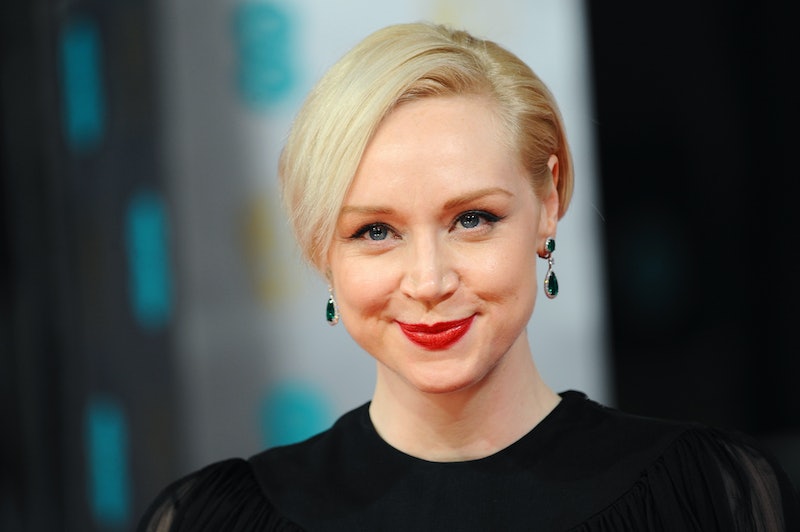 WARNING: GAME OF THRONES SEASON 5 FINALE SPOILERS AHEAD. Game of Thrones Season 5 came to a shocking end Sunday night with the (apparent) deaths of not two, not three, but six characters. It seems Stannis, his wife Selyse, Myrcella, Myranda, Trant, and most importantly, Jon Snow, are all dead. While the rest of the cast is keeping mum on what is ahead for the series (they probably don't know yet), Jon Snow himself, Kit Harington is busy telling everyone he is absolutely, 100 percent not coming back.

Doth he protest too much? There's nothing left for fans to do but read between the lines. To help you wrap your head around all of the craziness that went down in Westeros (and beyond) on the Season 5 finale, I have rounded up the most intriguing quotes from the cast below.

Some actors have revealed insight into the choices their characters made, while other's bid Game of Thrones a fond farewell. And then there's Harington and what he's not saying despite saying so much. Here are the essential quotes from the GoT cast on the Season 5 finale that you have to read. Dive in and then let the theorizing commence, because Season 6 is a long, long way off.

1. "If I was Melisandre's campaign adviser, her spin doctor, if I were in her ear advising her, I would say, 'You killed a child. Bring Jon Snow back, and you might get the people back on your side.' She's magic. She can do anything she wants." — John Bradley (Sam), Vulture

Vulture consulted Jon's onscreen BFF to squash all the inevitable Jon isn't dead theories, but John Bradley actually dropped the most plausible outcome for Jon by bringing up Melisandre. While Bradley cited proximity as being the only problem, it's not a problem at all because Melisandre is at The Wall with Jon's body. Hmm...does anyone else smell fish?

2. "Rose got a f--king bow and arrow and I didn’t get s--t! So yeah, I’m definitely less popular than Rose." — Kit Harington, Entertainment Weekly

Harington is taking his character's untimely demise pretty well, all things considered. While the fans are all heartbroken at the moment, everyone can take heart in the fact that Harington's sense of humor has stayed intact. When EW asked him if he was given any going away presents, he was quick to note that he received nothing, while Rose Leslie (Jon's lover, Ygritte), who departed the show in Season 4 received a bow and arrow. Poor Jon Snow doesn't just know nothing, he gets nothing as well.

3. "It’s not hard when people are screaming at you and you look like s--t and you’re being f--king humiliated to figure out how that would feel. There’s a part of you that’s f--king terrified. I can’t even imagine people wanting your blood. Cersei has done wrong, but she doesn’t really deserve this." — Lena Headey (Cersei), Entertainment Weekly

The finale's most harrowing moment was Cersei's walk of atonement, and Headey's insights into what it was like to film the scene are almost as haunting as the scene itself. While a body double was used for most of the nude shots, Headey had to walk through the streets and endure the taunts and mudslinging. The intensity of the scene is clear from her quotes, and seeing that she believes Cersei did not deserve such a horrifying punishment makes me love Headey all the more.

4. "There's been so many dark moments and so many massive changes in this character's storyline, and now Sansa and Theon's have joined. There's hopefully going to be dark, dark, dark pieces and maybe light at the end of the tunnel in some sort of Game of Thrones-y way. We've just got to wait and see." — Alfie Allen (Theon), Zap2it

After a long, torturous road (literally), Theon and Sansa finally escaped Ramsay... at least for now. Allen is one of Game of Thrones' unsung heroes, and seeing his hopes for Theon's future (which he also would love to include redemption) is a great way to end the season. Sansa and Theon had a tough year, and their escape was one of the only moments of triumph the finale offered.

5. "Going after Stannis is the one moment she responds to her emotional world and her feelings. She’s overtaken by something that we haven’t seen before. She chooses not to stand vigilant and to go and seek Stannis. In the script it says, "a darkness overcomes her," in that way it does when you’re hell-bent on something." — Gwendoline Christie (Brienne), Entertainment Weekly

Brienne had a huge, game-changing moment in the finale when she chose going after Stannis over keeping her watch. Christie's behind the scenes look at Brienne's choice gives fans major insight into what was going through the character's head when she finally took vengeance for Renly.

6. "It was an absolute privilege to work with Maisie [Williams]. I was able to put my complete trust in her. There was only one little bit of the whole scene where we used stuntmen and stuntwomen. Only one bit where she leaps on me and I go down. Otherwise, everything is Maisie and me. As sad as it was, it was one of the most wonderful days I've had on set." — Ian Beattie (Trant), Vulture

Beattie played an awful man on Game of Thrones, but he seems like a wonderful guy in real life. While Arya took great pleasure in killing Trant, Williams and Beattie had an interesting time filming their scene together. Beattie noted that he and Williams will always have an inside joke because she has a piece of his eye.

Hey, Trant got his eyes gouged out and Jon Snow was stabbed to death, but as you can see they're still in good spirits. Take heart in knowing that as horrifying as Season 5's ending was, the cast is still their awesome selves and (most) of them will be back to wow you again next season.