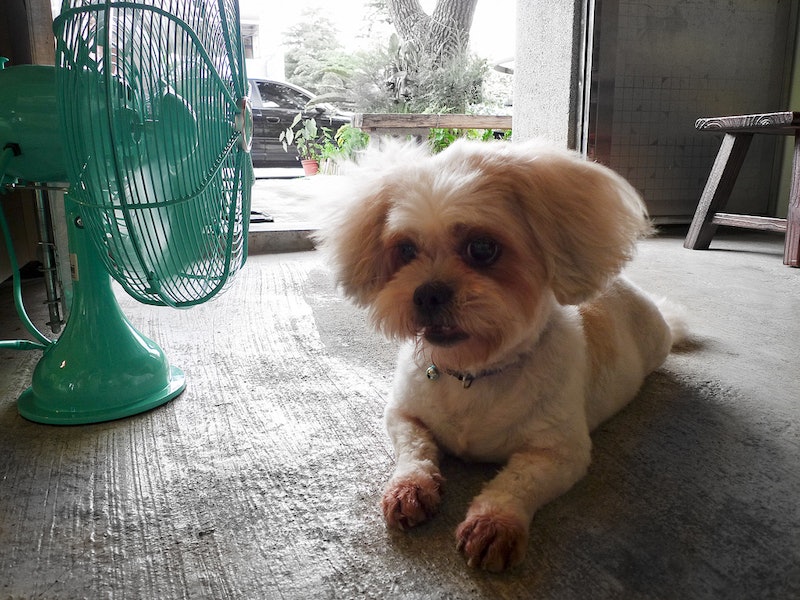 Well, it seems summer has finally arrived: It's hot out all the time, and that kind of sucks. Air conditioning can be a godsend — but how do you stay cool without air conditioning? What if you live in a place that lacks either a window AC unit or central air? Or what if you have one, but the electricity bill is just too darn high for you to actually use it? What then?

Good news: Redditor xhabeascorpusx is on the case. S/he posted a query to the AskReddit sub over the weekend soliciting advice on how to keep your home cool without air conditioning — and although a ton of the responses might best be categorized as “ways to keep your body cool without air conditioning,” rather than “ways to keep your home cool,” the thread is still full of fabulously useful advice. Let's face it: As much as we might enjoy not freezing our butts off, boiling like a lobster isn't really much better.

These days, I'm lucky enough to live in a place that has central air; furthermore, the cost of living in the area is such that the electricity required to run the thing is quite affordable. During my years in the city, though, I usually refrained from turning my window unit on unless it got so unbearably hot that I started worrying about safety. Typically I used to combat the heat by staying hydrated, wearing as little clothing as possible, keeping the air moving with the use of fans, and keeping my pillowcase in a plastic bag in the freezer until it was time for bed; I kind of wish I'd known about a few of the tricks here back then, though, because they probably would have helped a ton.

Check out the 12 best responses below, and head on over to AskReddit for more. Oh, and here are some tips for staying cool enough to sleep. You're welcome.

1. Break out the spray bottle.

If you have a fan, I recommend spritzing yourself with your icy cold spray bottle, then standing in front of said fan. It might only function as a temporary cool-off, but it feels way better than roasting alive.

2. Hang something cool around your neck.

Not only does the Archer family endorse the spray bottle method, but they've also got an addition of their own. A wet towel might work, as well, especially if you stick it in the fridge for a bit before you sling it around your neck.

The downside to this one is that it only works if you live in a place that has not only a basement, but more specifically an accessible basement. If you live in an apartment or in a location that doesn't typically feature basements in its house construction (hi there, Southern California!), you're out of luck.

4. Keep the curtains closed during the day.

It'll block out the sunlight — plus the heat that goes along with it. Just make sure your curtains are a light color; it'll help reflect the heat back out better (we're all familiar with the fact that dark colors absorb heat, right?). There's some debate about whether or not keeping the windows open actually helps, though; the general consensus seems to be that we should keep them closed when the air is hotter outside than it is inside and open when the reverse is true. If you feel like the air is too stagnant with the windows closed, turn on a fan to move it around.

5. Cook as little as possible.

Or at least, avoid turning on your stove or oven. There's a reason everyone loves a good BBQ during the summer, and it's not just because it's delicious; cooking outside prevents additional heat sources from raising the temperature inside. The slow cooker suggestion is a good one; it will let you cook inside without needing to turn on the oven.

Again, not something you can do unless your home fits some specific criteria — namely, you own it and you have a yard — but this might not be a bad long term aid. Weeping willows can apparently grow about 24 inches a year, so they're not kidding about that fast growth rate.

I've heard of the ol' put-a-bowl-of-ice-in-front-of-your-fan trick, but I like this variation better. I think it wastes less water, since you don't need to make a whole ton of ice cubes for it to work.

According to Energy Star, attic fans cool hot areas by “drawing in cooler outside air from attic vents… and pushing hot air to the outside.” I have no idea whether installing one is less expensive than installing an air conditioner or whether they use less electricity, though, so do with that what you will.

Your wrists aren't the only spots you can try this trick; it's why the “hang something cool around your neck” trick works. LifeHacker has a pretty comprehensive guide to finding and utilizing the quick-cooling spots on your body, so head on over there for the complete rundown.

Also, here is a dog hanging out in a fridge:

10. Harness the power of the cross-breeze.

First time I've heard the term, but the technique is something with which I'm definitely familiar.

12. Get creative with your wardrobe.

I'll be honest: I'm probably never going to try this one out, purely because I'm positive that it gets really gross, really fast. A wet, cold t-shirt is awesome; a wet, hot t-shirt is like wearing humidity as clothing. Maybe that's just me, though.