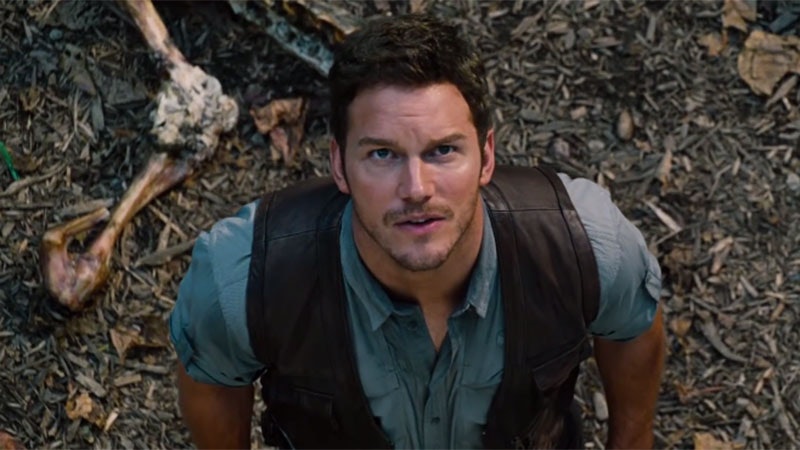 If you thought the plot of Jurassic World seemed a little familiar, you're right. Not only is Chris Pratt's character maybe the same person as the kid from the first movie, Jurassic Park, but we've kind of seen the Steven Spielberg sequel's plotline before. Yep, Jurassic World has the same concept as a 1998 toy commercial. If you think I'm crazy, that's totally legit. (In my defense, at least I'm not crazy enough to cross-breed dinosaurs.) Anyway, the commercial, which advertised Jurassic Park Chaos Effect toys, basically explores what happens when you blend two dinos together. Spoiler alert: It's not good.

"We thought we could combine different dinosaurs' DNA — but it all went horribly wrong!" a scientist tells two kids before one of the dinosaurs starts chasing them. Yiiikes! Of course, the plot is extremely similar to 2015's Jurassic World. Even the movie's first trailer conveys that hybrid dinosaurs are not a good idea.

"A whole new frontier has opened up," Bryce Dallas Howard's character explains, adding, "We have our first genetically modified hybrid."

"You just went and made a new dinosaur?" Owen, Chris Pratt's character, asks. "Probably not a good idea." The fact that someone actually needed to say that in a Jurassic Park movie just goes to show you how much trouble human curiosity can get us all in.

Much like the toy commercial, Jurassic World shows the destructive effects of these hybrid creatures. Primarily, a "highly intelligent animal" that will "kill anything that moves." So... pretty much the toy commercial — just way, way more intense.

One thing the trailer and the commercial have in common? A gentle reminder that cross-breeding dinosaurs is probably not a good idea. You can check out the similarities for yourself in the videos above and below.