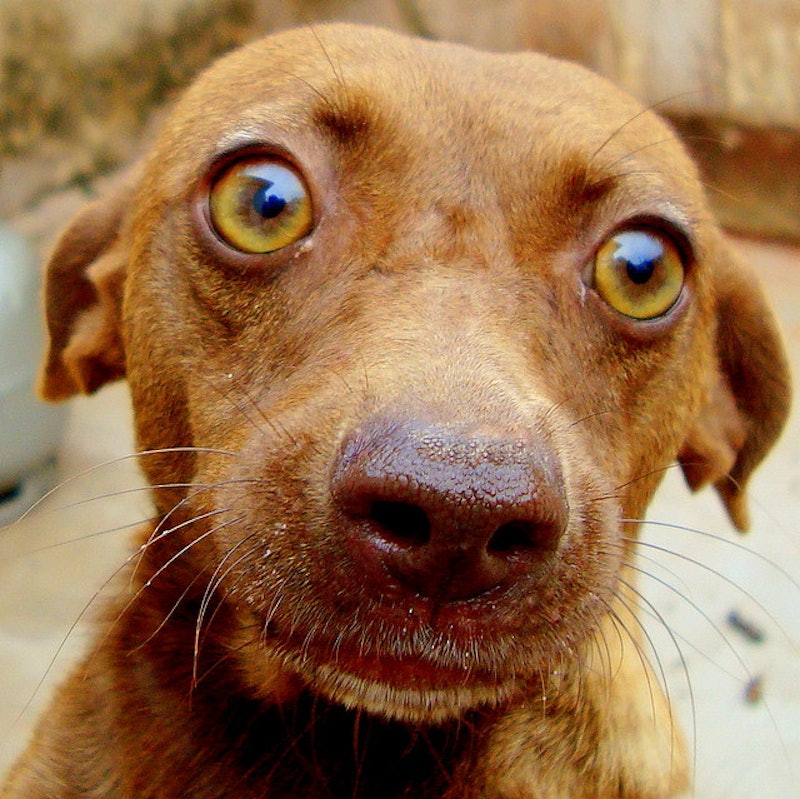 Guys, I know it's Monday and life is tough. But you know who has it worse? Dogs, because they don't have hands and it's really hard for them to even get things off of tables. This is the subject of the hard-hitting documentary "Dogs Who Want That Thing On The Table," a tour de force of filmmaking from The Dodo. It drives home one extremely important truth: We are all these dogs, trying desperately to get that thing we really want off the table we call Life.

But in addition to that notable truth, I also learned a number of other things from this documentary. Dogs, you see, are resilient, persistent creatures. They won't let the fact that they lack opposable thumbs or the ability to walk on two legs hinder their search for table snacks. Nay, if anything, it only increases their willingness to try.

And try they do, with a whole arsenal of inventive moves intended to get some noms. Are they successful? Well... OK, so that's not really the point. The point is that they tried. Really hard. Because they are dogs with wants. And what they want that thing on that table.

Here are a few of the techniques they employed in their efforts; scroll down to watch the full video.

Slide in, lunge for it, slide out. If your claws end up scratching that really nice marble countertop, then maybe humans shouldn't have put it up there in the first place.

Heh, get it? Kind of? Basically you just incessantly bark at something that is never, ever, in one million years, going to move for you just because you're making a lot of noise.

Throw yourself up there and hope for the best. Helps if you look like a real-live stuffed animal.

You know, like in The Shining ? Ugh, OK, well, Paul Rudd gets my goof. so whatever.

Watch the full video below but bring tissues because it's heartbreaking: