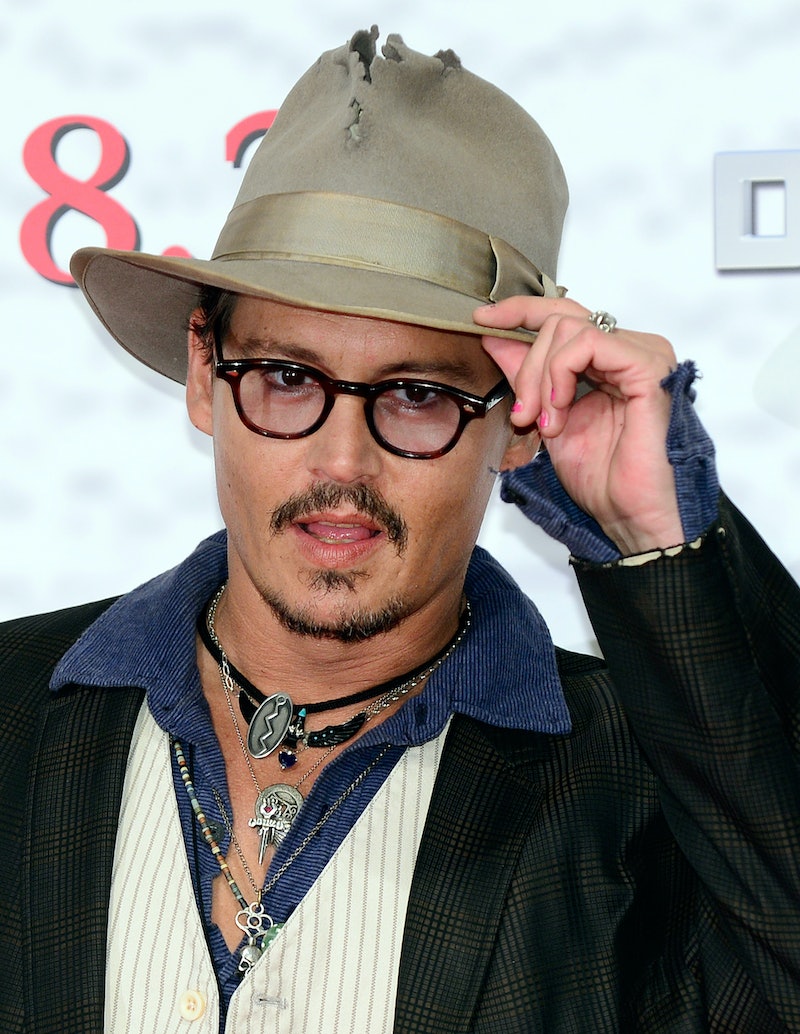 It always amazes me how many male fashion designers there are who specialize in women's wear. I mean, it's pretty impressive that so many dudes can identify with and understand the things women might like to wear — having not experienced living in a woman's body themselves. Speaking of gender though, it would be cool if there were more women who designed menswear getting as much airtime as Michael Kors or Giorgio Armani.

But I'm getting off topic. There are plenty of male designers already out there, but the other day I found myself wondering which men of Hollywood would make great designers — both because of their own sartorial choices in the day to day, as well as their oodles of fans who would undoubtedly love to see what would come out of their fashion-forward minds.

When it comes to celeb culture, it seems these days that it's no longer enough to be known as only one thing, be it an actor, singer, or model. And it's not hard to see how celebrity life and fashion can intersect, especially with the wealth of knowledge celebs must gain over the years from being impeccably styled by a team of professionals.

So I've put together a list of some of my favorite dudes of the fame-and-fortune world who I think would be able to make a real splash in the industry.

I don't know what it is about Ryan Gosling, but there's something about the 34-year-old actor, director, and self-identified feminist author that fashion-loving people adore. Seriously, have you seen this tee from ASOS that proves my point?

I'd absolutely love to see Gosling release an amazing street wear line. If he were to collaborate with partner Eva Mendes (who already has experience designing her own range for New York & Company) there's no doubt this collection would be a winner.

The epitome of posh British class and style, I'm sure the seasoned actor could make a fabulous debut with his own line of tailored menswear. And it'd be totally eco-conscious with the help of his other half, Livia Firth, who launched her own eco-friendly line Eco Age a few years back.

This A-lister seems to be on top of the world as of late, so I'm game for him to step it up even more with a collection of his own. At this point, I don't think Bradley Cooper can do any wrong, no matter what endeavor he decides to embark upon. I foresee a fun, badass kind of range with lots of leather and aviator glasses — and good ol' vintage Americana.

Although he hasn't been able to grab an Oscar yet (what is this life?), perhaps Leonardo DiCaprio could stretch his talents to extend to his own line of fabulous evening wear. I mean, his name just oozes fashion, and he's been around quite a few high-profile models over the years, too.

Out of everyone on this list, DiCaprio would be the one I could see designing both men's and women's attire. I'm envisioning some amazing red carpet looks coming out of his fascinating personality.

Though this famous pop singer whose catchy tunes always manage to stay in my head for days at a time once said that he'd never come out with a collection of his own, I still think the show-stopper would be great at it.

I understand Bruno Mars' reason not to delve into design — he wants to remain focussed on his music — but if he ever got to a point in his career where he felt like he could balance something else, I'd love to see Mars' hipster-tastic collection.

Real talk: McConaughey just seems to ooze sex appeal. I think it's his sultry Southern accent — but being a Southerner, I'm probably a little biased. Come to find out, he has already branched out and inspired a lifestyle brand with t-shirts and casual wear called Just Keep Livin, which also supports the Just Keep Livin Foundation (which aims to empower high school students), founded by McConaughey and his wife, Camila.

It's a brilliant range for an active lifestyle, but I'd love to see the 45-year-old actor take it a little further and offer some smart and sexy styles for both men and women — something that you'd expect to see him wearing in his Lincoln automobile advertisements.

Because, duh. He'd make a great designer for a Bohemian unisex line. I see eccentric hippie meets '60s mod meets Captain Jack Sparrow. I mean, that's basically what he wears off-screen, too. I'd be down for a little bit of "crazy" from Depp, with some additional Tim Burton vibes thrown in for extra chic funk.